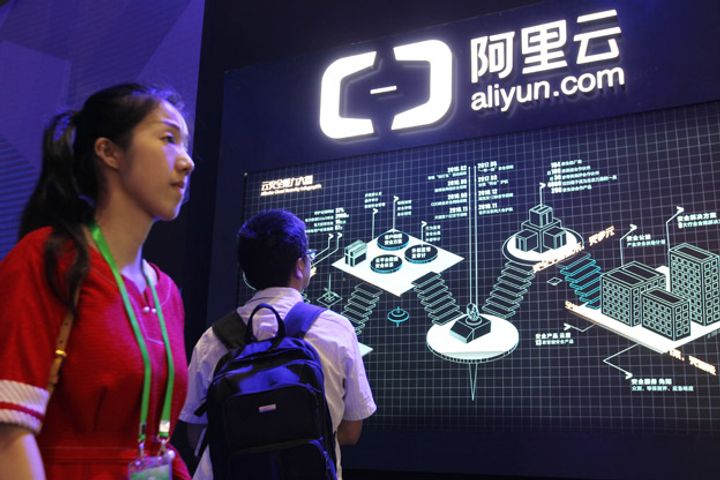 (Yicai Global) Jan. 17 -- The cloud computing arm of Chinese e-commerce giant Alibaba Group has pushed out International Business Machines to take third place among companies ranked by their share of the world's cloud computing market, according to a new report.

Alibaba Cloud has increased its international market share 13 times over the five years from 2013 to the first half of last year, outpacing rivals, according to data released today by US market researcher International Data Corporation and reported by online Chinese financial news outlet Jiemian. Amazon and Microsoft came in first and second.

Alicloud, as it is also known, has nearly half of the Chinese market, and looks set to take a larger slice based on past trend.

The global cloud computing market is also gradually being consolidated. At least since 2014, growth rates at firms outside the top five have fallen, resulting in the continuous and gradual transfer of market share to Amazon, Microsoft, Alibaba and others, with fewer opportunities left for latecomers, IDC's data suggest.

Those three companies and Google accounted for about 56 percent of the core cloud computing market in 2018, and their share will total about 84 percent this year, according to predictions made by US investment bank Goldman Sachs.