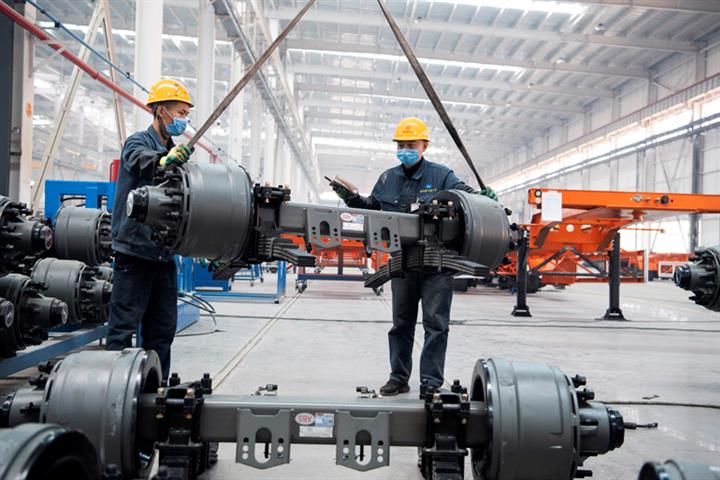 (Yicai Global) April 1 -- One of the two main gauges of manufacturing activity in China slid to the lowest level since last May in March as economic recovery slowed.

The Caixin purchasing managers' index for manufacturing recorded 50.6 last month, dropping by 0.3 points from a month earlier but remaining in positive territory for 11 months in a row, according to data financial media outlet Caixin published today.

The direction contradicted that of the manufacturing PMI reported by the National Bureau of Statistics. That gauge, which mainly involves big state firms, had risen by 1.3 points to 51.9 in March, the highest level in 2021, the NBS announced yesterday.

The future is looking brighter. Manufacturing firms expect their production to continue growing in 2022 as it has over the past seven years as the Covid-19 pandemic is predicted to be controlled, they said to Caixin.

But the pace may be unbalanced. Supply and demand expansion slowed for the fourth straight month in March, according to Caixin. Still, overseas client orders have increased as the Covid-19 pandemic is easing in some regions, according to some interviewed companies. Evidently, the new export orders index climbed to the expansion range for the first time this year.