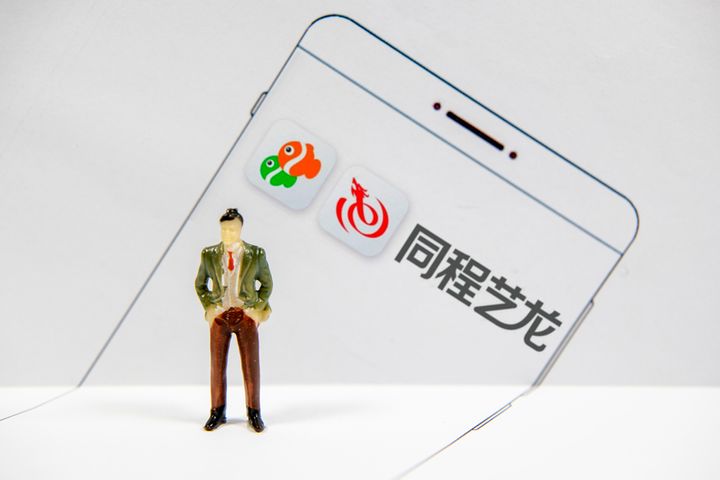 (Yicai Global) March 26 -- Covid-19 will pare Chinese e-travel agency Tongcheng-Elong Holdings' net income by 42 percent to 47 percent annually in the first quarter, though it expects to stay profitable, the company said in a statement yesterday that sent its stock [HKG:0780] on a rollercoaster ride today, trading up 4.24 percent in mid-afternoon at HKD10.78 (USD1.40) after swinging to a HKD11.10 peak from an earlier HKD10.24 trough.

The nationwide spread of the coronavirus at the end of January dealt a body blow to tourism and impacted the company's short-term business growth in the first quarter, but its outstanding performance last year has left the firm with ample capital reserves to enable it to withstand risks, it said.

Revenue from its ticketing service was CNY4.5 billion in a more than 12 percent jump, making up over 61 percent of its total, while that from its hotel booking segment was CNY2.4 billion in the period, up about 28 percent. Income from scenic spot tickets and advertising and value-added services was CNY517 million (USD73 million), rising nearly one and a half times.

Tongcheng's average monthly active user count was 205 million for the year, up over 17 percent. Average monthly paid user numbers climbed 34.5 percent to almost 27 million. Its ranks of annual paid users hit a record high of 152 million in an about 35 percent expansion.