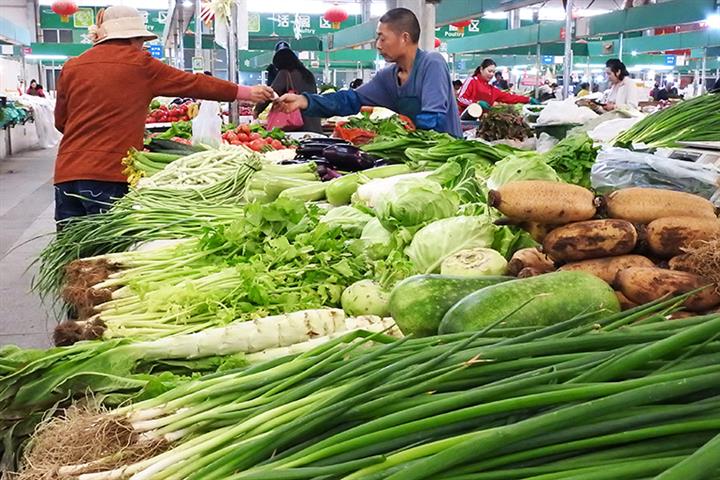 (Yicai Global) June 16 -- Concerns over inflation increased after China’s industrial product prices surged last month, but the nation’s economic fundamentals do not support a sustained rise, according to a spokesperson for the National Bureau of Statistics.

The economy is recovering, and while key demand indicators have not returned to levels seen before the pandemic, production has been growing rapidly, so the fundamentals of supply and demand do not support substantial price gains, Fu Linghui said at a press conference today.

Competition in the country’s industrial products market is adequate, he added, and rising prices will have a limited impact on the consumer price index.

The CPI rose 1.3 percent in May from a year earlier, the NBS said on June 6. That was 0.4 percentage point higher than April. The producer price index jumped 9 percent, up 2.2 percentage points from April, owing to rising commodity prices.

China is maintaining support for the economic recovery through fiscal and monetary policies rather than using strong stimulus, Fu said, adding that supply has been kept stable, which will also restrain price rises.

The National Food and Strategic Reserves Administration will soon release state reserves of copper, aluminum and zinc into the market to stabilize commodity prices, it said today.