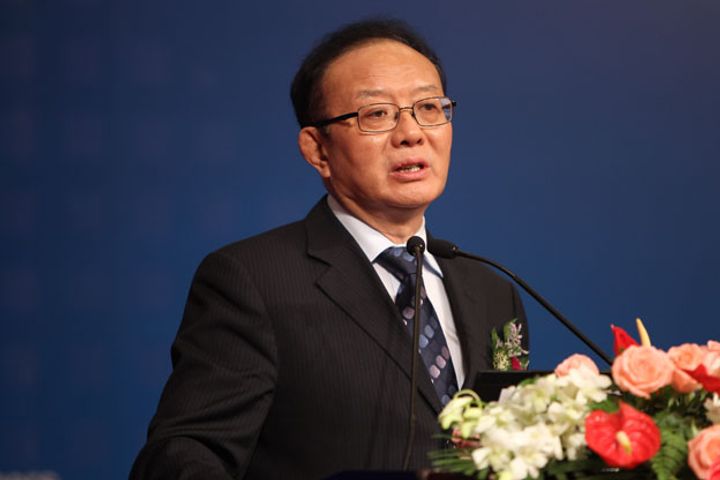 (Yicai Global) May 23 -- China and the US have finally reached a consensus on putting an end to trade tensions following two rounds of negotiations. A joint declaration issued by the two sides revealed a common view shared by both sides in a number of areas, including reducing China's trade supply with the US.

Wei Jianguo, former vice minister of commerce and vice secretary general at the China Center for International Economic Exchanges, touted this round of consultation as a nice victory for China in a "hand-to-hand combat," online news outlet CFBond reported today.

Through the two negotiation rounds, the US not only fostered an understanding of China's overall vision for open development in the future, but also recognized the opportunities available to the American enterprises amid the continued reform and opening-up of China, said Wei. The US should be fairly satisfied with it.

At the same time, the negotiation also offered China a chance to figure out and specify the most pressing problems to be solved and areas to achieve desired results with a viable plan. Of particular note, China expressed its clear-cut stance on the trade deficit issues that concern the US. China is willing to expand the varieties and fields of its imports despite its refusal to give ground in some areas, a move Wei believes the US is content with. Judging by this, their communications have been very effective, he added.

In addition, the US officials also expressed concerns about problems which they hope China can tackle step by step. Issues ranging from the shrinkage of the trade deficit over the short term to bilateral trade cooperation in the mid- and long-term have all been reflected in the joint statement.

The meeting between US president Donald Trump accompanied by Secretary of the Treasury Steve Mnuchin and other members of the administration and the Chinese delegates indicates the high importance Washington attaches to it, Wei commented.

China is willing to have negotiations with the US to address the problem, but it will also uphold its red line, he added.

The former vice minister of commerce doesn't agree with some media reports that China has compromised to achieve this outcome. It is a very intelligent solution for both sides to address issues of common concern. The two parties have achieved these results, not because China has made some unilateral concessions, Wei emphasized.

As for encouraging two-way investment and creating a level playing field for business stated in the joint declaration, Wei believes it is proposed by the Chinese side, because China has always been the biggest victim of the current global trade rules.

Chinese enterprises are often hampered by US security laws. Therefore, China proposed that investment by its enterprises in the US should be treated fairly, and the US will have some new ways to invest in China in the future. This is what China wants to achieve, Wei added.

The US has long argued that its companies are being treated unfairly in China, especially in the financial sector or in the face of competition from state-owned enterprises. This is a misunderstanding, according to Wei. China's reform and opening up have gone through several stages, and regardless of whether state-owned or private, or whether Chinese or foreign enterprises, they all will be fairly treated in terms of rights, opportunities and rules.

China's reform and opening in the future will be more rapid and favorable to foreign enterprises. China's leaders have proposed measures to open up "sooner rather than later, faster than slower," Wei said. China also calls on the US to fairly treat Chinese enterprises.

The two sides have expressed strong determination to make mutual investments in wide-ranging areas in a more transparent investment environment. Mutual investments, especially the US investment in China, will see a rise in the future, Wei predicts.

China and the US will strengthen trade cooperation in the fields of energy, agricultural products, medical care, high-tech products and finance, said China's Vice Premier Liu He in an interview with the media on May 19. Wei said these five fields are all very important areas, indicating that Beijing is addressing the problem step by step and in an all-round way.

Both sides have agreed to increase US exports of agricultural products and energy to China. The US plans to send a delegation to China to discuss the details. These are what the US would like to export to China and what China needs. Both sides will further explore this area through negotiations.

Regarding agricultural products, besides soybeans, China has opened its door to corn, oats, and sorghum from the US. Beijing has stopped antidumping and countervailing duty investigation into sorghum originating from the US.

Regarding medical care and advanced technology, the areas where the US has an edge, China opens wider to the outside world by reducing tariffs and holding the first China International Import Expo, CIIE. China's imports in these two fields will exceed that of energy and agricultural products in terms of amount and variety, said Wei.

More importantly, in the finance sector, China has carried out a number of reforms, including easing foreign equity restrictions, allowing full foreign ownership, and lowering foreign investment access threshold. The US financial institutions can enter the Chinese market and may share the dividends of economic development here.

Measures in these fields will take effect in the short term, and they will provide the desired solutions for increasing bilateral trade and achieve mutual benefits and win-win results in the long run.