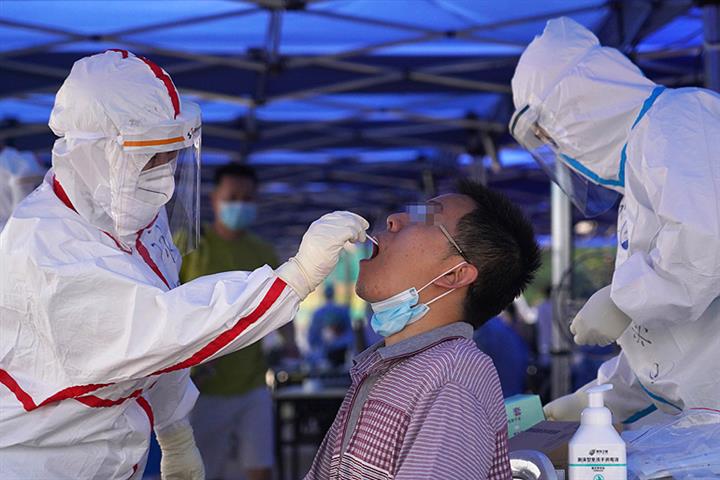 (Yicai Global) Feb. 5 -- To meet a spike in demand in the run up to the Chinese Lunar New Year holiday, public medical facilities are speeding up testing by mixing samples and have also cut the cost to as little as CNY15 (USD2.30) a person, The Paper reported.

Some provinces and cities require a negative coronavirus test before a person is allowed to head home for the Lunar New Year holiday to stop the infection from spreading, the report said.

State-owned medical institutions in 13 provinces and cities, including Beijing, Shaanxi, Qinghai and Fujian, have announced lower charges for nucleic acid tests since the start of this year, the report said. Among them, the maximum charged in nine places was CNY80. In southeastern Fujian province, it costs CNY15 for a 10-in-1 sample test and CNY30 for a 5-in-1 sample test since Jan. 5.

The price of a test was around CNY200 last April. It has dropped gradually, staying stable at a little over CNY100.

Mixing test samples means that several people are sampled separately, but their samples are put into the same tube for testing. This approach can significantly improve efficiency without affecting sensitivity. China has previously adopted this method in large-scale population screening.