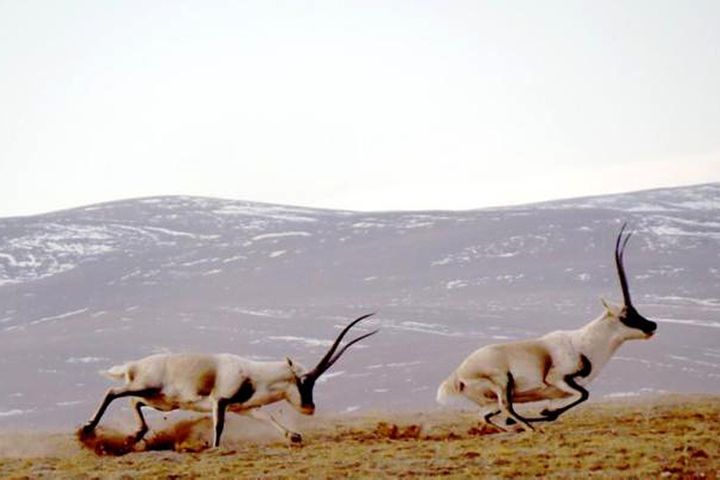 (Yicai Global) Jan. 8 -- China is about to officially create its largest national park, a preserve for native flora and fauna, which will also be the world's highest.

Following a successful pilot project, the 120,000-square kilometer park will be set up in Sanjiangyuan this year, the State Forestry and Grassland Administration said today. Sanjiangyuan is an area in the high-altitude Tibetan Plateau in northwestern Qinghai province that is home to the headwaters of three major rivers: the Yellow, the Yangtze and the Lancang (Mekong).

Sanjiangyuan became the country's first pilot national park in 2016. China has such 10 projects covering 220,000 square kilometers, the government said in December, adding that it will carry out inspections in the second half of this year to formally set up national parks in eligible areas.

The bureau, which encouraged and guided shepherds to conserve the local ecology and help manage the park, hired 17,200 herding families to serve as licensed ecological management and conservation stewards during the pilot period. That added CNY21,600 (USD3,111) to each family's annual income on average.

Known as 'China's water tower,' Sanjiangyuan pumps over 60 billion cubic meters of clean water downstream each year. China began the first and second phase of the Sanjiangyuan ecological protection and construction project in 2005, and has invested more than CNY18 billion (USD2.6 billion) so far.