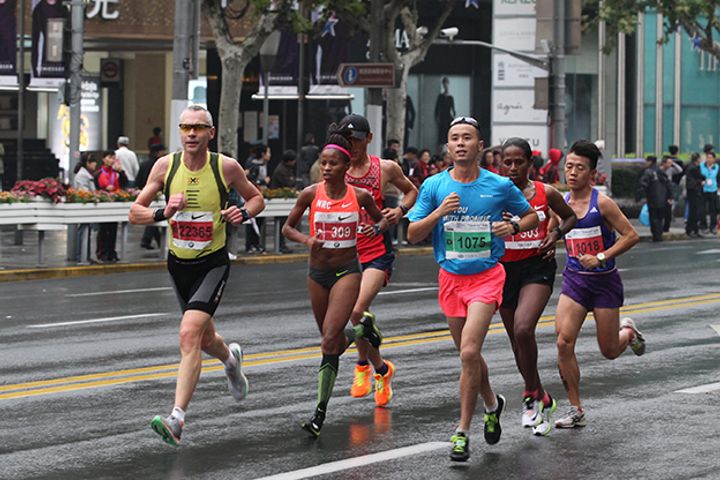 (Yicai Global) Jan. 16 -- The scale of China's marathon sports sector is expected to reach CNY120 billion (USD18.6 billion) by 2020. The number of marathons that attract more than 800 participants each reached 1,900 across China, and the total number of participants exceeded 10 million, showed a plan prepared by the general administration of sport.

Among them, some 350 marathons were certified by the Chinese athletic association. The GASC will promote standardized operation of marathons and attract more runners and enterprises to join the marathon sports sector, Shui Tao, an official of the administration in charge of the marathon events, told China sports industry development conference in Xiamen, the southeastern Fujian province, on Jan. 13.

China's marathon sports sector has maintained rapid growth over the past few years. The country only held 13 marathons in 2010, but 328 in 2016, a 25-fold increase, with 2.8 million participants, industry data shows.

However, the total number of China's marathons is not enough and the country needs to improve its marathon management system and fulfill market potential, Shui said. Therefore, the new plan will play a significant role in standardizing event organizing, athlete services, security assistance, environmental protection, and information dissemination, he added. The GASC previously signed cooperation agreements with four state-owned banks to receive CNY800 billion credit for the sports industry.