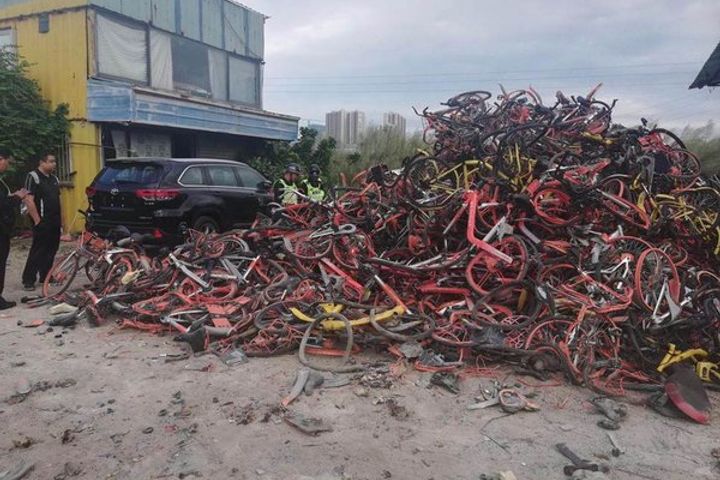 (Yicai Global) Nov. 14 -- Hundreds of shared bicycles belonging to Ofo and Mobike in the southern Chinese city of Shenzhen have been shipped for scrapping without authorization from the companies. The police are now investigating.

The two-wheelers turned up at a recycling plant in Foshan, a city about 100 kilometers away, the Southern Metropolis Daily reported, citing Mobike Technology. Some had already been broken up. The report did not give any details about why they were moved.
"The company never commissioned any firm or individual to scrap the bikes," the report quoted a representative for the Beijing-based firm as saying. "Mobike normally dismantles or recycles and reuses non-operational bicycles in cooperation with professional resource recycling agencies."

Bikelock Technology, the company behind Ofo, is reported to have said that it is still checking on the number and condition of the missing bikes, and like its competitor has its own scrapping and recycling arrangements.