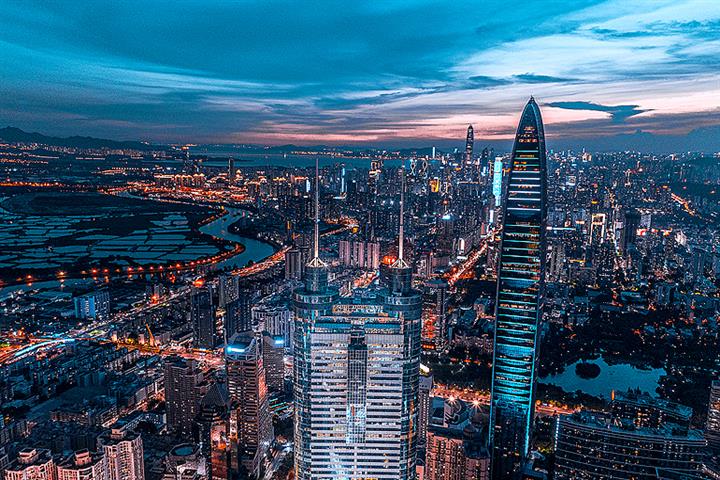 (Yicai Global) May 13 -- The fiscal revenue of the Chinese economic hub Shenzhen plunged 44 percent to CNY26 billion (USD3.8 billion) last month from a year ago after the central government introduced a substantial value-added tax credit refund program to help micro, small and medium-sized enterprises through the latest outbreaks of Covid-19.

The Chinese government announced VAT credit refunds worth CNY1.5 trillion (USD220.8 billion) last month effective from April 1. As of the end of April, CNY801.5 billion had already been returned, according to the State Taxation Administration. Although VAT is the largest source of revenue for provincial governments, the cuts should help raise fiscal revenue in the medium and long-term by easing pressure on companies.

China’s economic environment has become more complicated amid shrinking demand, supply chain disruptions and weaker expectations as a result of the Covid-19 pandemic and geopolitical tensions, an official from the Hainan province department of finance said. The island province is facing financial challenges and is under great pressure to achieve this year’s economic goal, he added.

The central government hiked the direct allocation of fiscal funds to local governments to help tide them over. Last month it granted nearly CNY800 billion (USD117 million) in such payments. Local governments were also able to raise money by issuing bonds to fund the construction of major projects.

Nanning in southwestern Guangxi Zhuang Autonomous Region logged a 6 percent drop in fiscal revenue from January to April from the same period last year, while Zhuzhou in central Hunan province posted a 4.9 percent fall and Changzhou in eastern Jiangsu province reported a slide of 4.5 percent, according to the latest data.