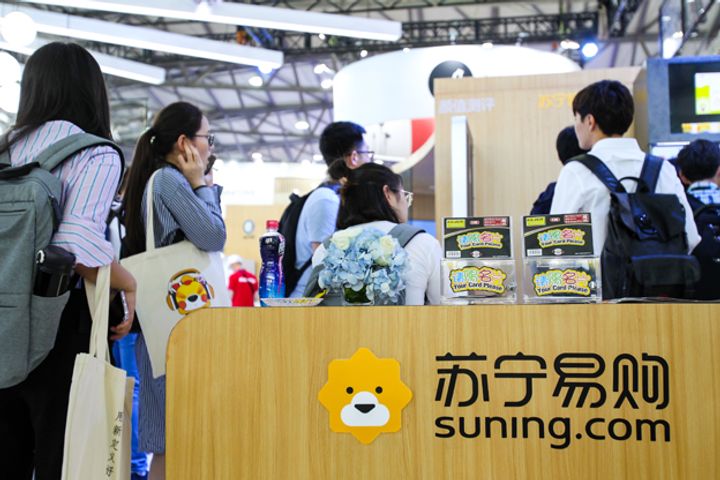 Suning.Com Posts Nearly 20-Fold Jump in Profits in First Half

(Yicai Global) July 31 -- China's e-commerce giant Suning.Com has reported CNY6 billion net profit in the first half, which is over 19.5 times higher than that of last year's.

Suning.Com's operating income in the first half of the year increased 32 percent to CNY110,8 billion (USD16,3 billion) from the year before, the Nanjing-based firm said.

Suning announced selling most of its stake in Alibaba Group Holding for USD1,5 billion on May 30, and gained profits of CNY5,6 billion after deducting the initial purchase capital and other expenses. The e-tailer, mostly dealing with electrical appliances, said it will use the funds for product development and business expansion.

Without the profit from selling Alibaba shares, the company's net profit attributable to shareholders was about CNY396 million, an annual increase of 36 percent. Suning.Com increased its sales volume 45 percent from the year before to CNY151,3 billion, gaining from the successful integration of online and offline sales channels.