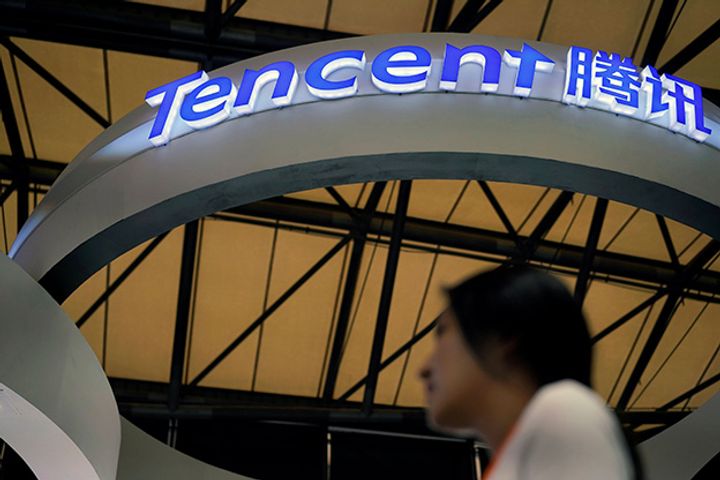 (Yicai Global) Sept. 12 -- Tencent Holdings, which was China's biggest tech firm by market cap earlier this year, has bought back yet more of its stock as it looks to keep its share price from falling further.

The move was the second of its kind in three days after Tencent bought back 22,700 shares at around CNY311 each on Sept. 7, the firm's first buyback in four years. A company spokesman says the repurchases embody the firm's confidence in its fundamentals and show the long-term value of the business, but at least one financial figurehead is not convinced.

Zhang Gang, chief analyst at Southwest Securities, told the Economic Observer Online that the move is an act of self-preservation and the company is looking to offer support to its waning share value. The stock has been on a downer all year and even the two buybacks have failed to spur investors to purchase more shares. Stock fell by 1 percent on Sept. 10, 1.8 percent yesterday and after a spike this morning simmered back to just 0.39 percent above yesterday's close as of 11.31 a.m. local time.

Shares in the firm, the world's largest gaming company, have been struggling to retain their value throughout the year as video game watchdogs tighten their grip over online play, stemming the profitability of some of Tencent's biggest titles. Some reports suggest that some of its new games and biggest cash generators, such as renowned battle royale Playerunknown's Battlegrounds -- which Tencent distributes in China -- will have to become completely free to play in the future, which would put a massive dent in the company's revenue.

Another hit came on Aug. 30 when the education ministry said the General Administration of Press and Publication would be restricting the number of online games available and limiting the time children play them in a bid to reduce the incidence of myopia in minors. Tencent's stock has dived by almost 14 percent since the announcement.

Besides buying back stock, it has taken other measures to try and stop the bleeding. On Sept. 10, the firm announced that it would shut down Tencent Poker, a Texas hold 'em game that had received criticism from state broadcaster CCTV for inducing gambling problems. Last week it also said it would be adopting strict real-name registration for smash hit King of Glory, known outside China as Arena of Valor, and connecting its systems with data from public security departments to judge whether or not the players are adults.