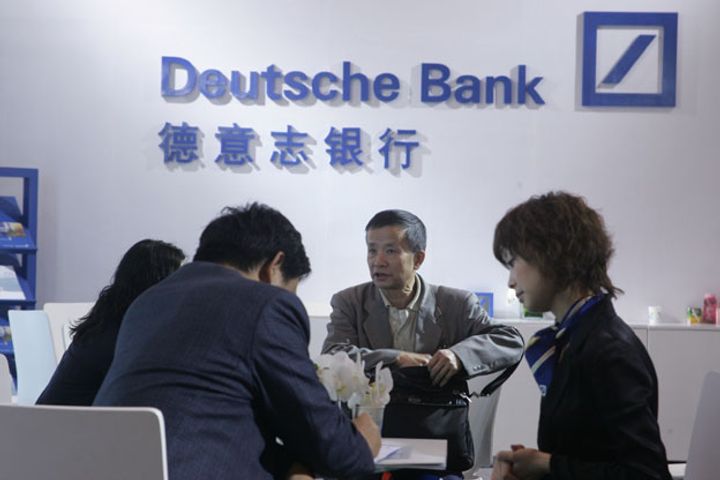 Trade Dispute With China May Put US Multinationals at Risk, Deutsche Bank Says

(Yicai Global) July 11 -- It is a rather narrow perspective to only look at the bilateral trade balance between the two economies to evaluate the economic and trade relations between China and the US because the trade tensions will have a significant impact on a larger group of multinational firms, Deutsche Bank said in a report released today.

The trade figures do not take into account US multinationals' sales through their Chinese units, such as those of iPhones and General Motor's cars, which are higher in China than in the US. These cars and handsets were not exported from the US to China through trade channels, but are sold in China through their local units. Moreover, some other countries such as Japan and South Korea export goods from China to the US.

Deutsche Bank found that in 2015, US companies (including their Chinese units) sold USD372 billion worth of goods and services to China. This included USD222.8 billion sold by their subsidiaries in the country, as well as USD149.5 billion in direct exports.

Last year, units of US companies sold an estimated USD255 billion of goods and services in China, up from USD223 billion in 2015. Considering US exports of goods and services to the Asian country and deducting possible double counting, Deutsche Bank estimates that US sales to China totaled USD443 billion last year.

Deutsche Bank used corporate data to estimate that from a US perspective, the overall sales gap between China and the US has shifted from a deficit of USD30 billion in 2015 to a surplus of USD7 billion in 2016. Last year, the sales figure showed a surplus of USD20 billion. This largely reflects the rising demand from Chinese consumers for foreign goods and services, including the effects that the local real estate boom has had on boosting wealth.

This means that even if the US ran a trade deficit of USD500 billion with the rest of the world last year, once its multinationals' overseas sales are taken into account, the country had a surplus of USD900 billion. One-fifth of the North American country's total employment is in multinational companies. The US has a lower unemployment rate than its major trading partners do as a result of the success of US multinationals, but the threat of an escalating trade dispute puts these large companies at risk.

Current policy discussions focus on the trade dimension, while the role that multinational companies have through foreign direct investment is often overlooked. The business of US multinationals in other countries is beneficial to the American economy as a whole, including the employment rates.