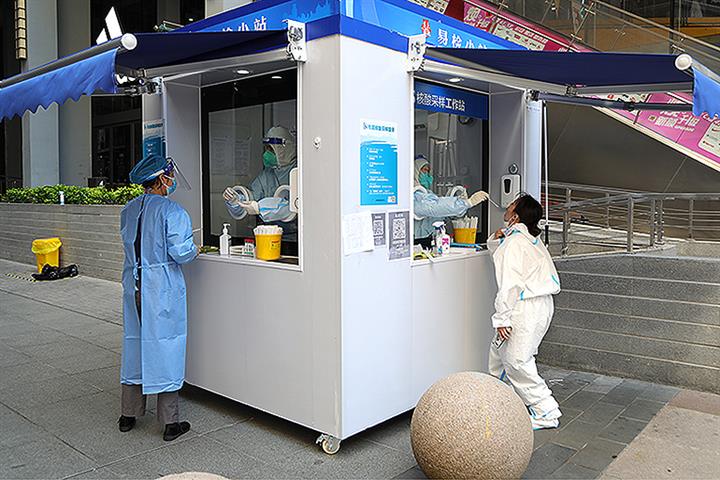 Who Is Footing Billion-Dollar Bill for China’s Covid-19 Testing?

(Yicai Global) May 24 -- As China battles the return of Covid-19 this year, the constant testing of cities with tens of millions of residents has become the norm. The cost is estimated to be in the tens of billions of US dollars and there is concern about where the funds are coming from.

The bill for mass testing since the start of the pandemic comes to about CNY300 billion (USD45 billion), half of which was spent in the first four months of this year, a contentious article by analysts at Hua Chang Securities recently suggested.

Between 70 percent and 95 percent of that came out of the country’s CNY3.6 trillion (USD539 million) medical insurance fund, the report said, sparking public concern that the money will be gone when people need it.

Yicai Global was unable to confirm the accuracy of the data with the analysts and the report has since been removed from the research team’s WeChat account.

Rather, Yicai Global has learned that most cities, with the exception of those in China’s southern Guangdong province and a few other places, are paying for mass testing using local government finances. To tap the medical insurance fund, the central government would first need to authorize it and the sustainability of the pooled funds would be taken into account.

The medical insurance fund only covers the cost of testing for confirmed, suspected and hospitalized patients, which limits the amount used on testing, Liao Zangyi, associate professor at the School of Politics Science and Public Administration at the University of Political Science and Law, told Yicai Global.

The medical insurance fund has a special allocation of CNY23 billion (USD3.4 billion) for the treatment of Covid-19 patients, according to its administrator. It also covers the cost of vaccinations.

China had administrated nearly 3.3 billion jabs for Covid-19 as of April 5, costing more than CNY120 billion (USD17.9 billion), and over 1.2 billion people have completed a full course of vaccination.