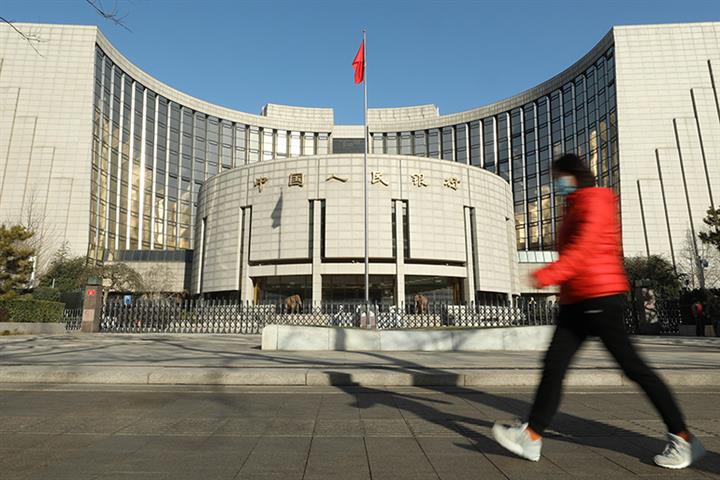 (Yicai Global) Dec. 22 -- On Monday, the People’s Bank of China announced that the country’s benchmark lending rate, the “one-year prime loan rate” (LPR) would be cut from 3.8% from 3.85%. The previous week it had also cut the minimum amount of cash banks have on reserve. The LPR sets the lending rates for corporate and household loans. An interest rate is usually pursued with the goal of boosting economic growth by making credit more affordable to individuals and businesses, increasing the money flow in the economy accordingly. On the other hand, such a move can also come with risks of heightening inflation. Chinese property developers reacted positively to the news, with their stocks hitting limit up on December 21st.

Why did China make this decision? The national and global economy have hit headwinds. On a national scale, Beijing has reached the end of its recovery trajectory from covid and is facing a number of headwinds, including the Evergrande situation, the regulatory crackdowns on big tech and increasing commodity and production costs. On a global scale, the recovery is also drawing to a sooner than expected end with the Omicron variant rattling global markets and confidence. In addition, recovering economies have found themselves simultaneously battered by soaring inflation, commodities and supply-chain bottlenecks, which has in fact led to a march to rise interest rates. In tandem, GDP projections for major economies are being revised downwards.

Considering this, China’s decision to cut rates is going against the trend. However, this is a sign of strength and competence in the country’s economic management, as opposed to weakness. It is a demonstration that unlike many nations around the world who have made short-termist, reactionary decisions to offset the impact of covid and are now forced to retreat, Beijing is still firmly in control and is able to take positive measures to offset challenges posed by crisis, which tells a bigger story from the start of the pandemic to the present day.

Since the covid-19 pandemic crashed the global economy in 2020, China has employed a highly conservative economic and fiscal strategy that has placed maximum emphasis on attaining recovery through “zero-covid” stability, as opposed to opting for gigantic stimulus boosts, which has been the primary policy of the United States, the United Kingdom and the European Union. By sticking to this approach, China achieved an “organic” recovery which seen it become the only major economy to attain growth in 2020, at a revised 2.1%. Continuing into this year, it is forecasted to grow an estimated 7-8%, albeit facing headwinds in the latter half of the year, ending the natural “cycle” of recovery.

Whilst China has recovered naturally, the stimulus led overload in the west, combined with a long-term inability to control covid-19, has had the disastrous consequences of overheating the money supply in an unstable environment creating an uneven recovery and surging inflation. In the United Kingdom for one, the results of this policy are all to see as GDP growth slid to just 0.1% month on month in October despite a spending package by the government which has been described as the biggest in peacetime history. Despite further nationwide restrictions on the way owing to the government’s catastrophic mismanagement of the pandemic, the consequences of these mismatched policies have forced the Bank of England to raise interest rates. Although the US has had a stronger recovery, it has been similarly hit by booming inflation and now Omicron.

In contrast, although China faces a number of challenges, it has avoided the pitfalls of extreme binge spending, has utilized a variety of means to commodity costs under control, and as a result has the option of lowering interest rates as a favourable option to tackle specific problems head on such as the real estate market. Beijing’s economic management has as a whole been pragmatic, cautious and strategic, as opposed to the “crisis” approach seen in western capitals. The rate cut is thus not only giving property developers relief, but also eying growth goals in 2022 in a year which is expected to have a less than optimistic start.