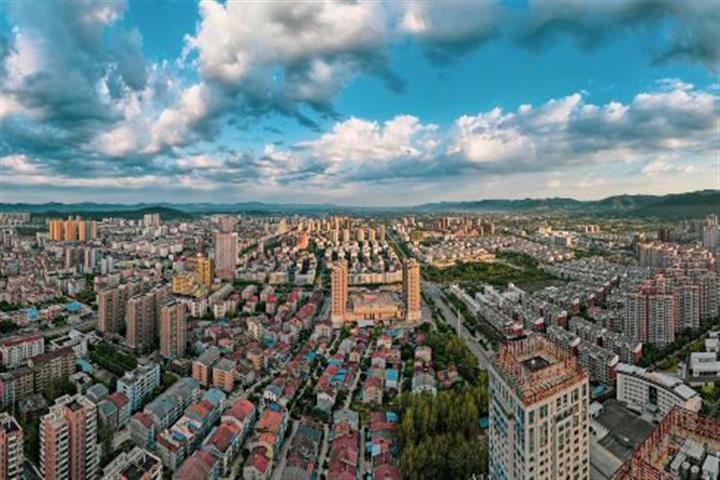 (Yicai Global) Jan. 25 --  By the end of January, 24 provinces and municipalities in China have released their annual GDP growth targets for the year of 2021. Although of course less than that of the previous year, an analysis published on China Banking News found that the average goal accumulated at 6.1%, bucking international forecasts which have anticipated China’s GDP as a whole to score around 5.6% for the upcoming 12 months. The targets of course vary by region, with the highest-ranking being Hainan Island who, undergoing ambitious development into a free port is aiming for 9%. On the other hand, the more established Beijing municipality stood at the lowest with 5%.

Can each province, despite prospective headwinds at play, reach their annual targets? And will China’s GDP growth as a whole exceed expectations? Despite headwinds posing risks, the varying regional disparities in targets at play should be a reminder to analysts that China’s future growth potential will ultimately be driven by the state’s ability to establish new economic opportunities in unconventional regions as opposed to relying on traditional drivers of growth in the wealthy East Coast provinces. If China can continue placing more emphasis on making development more nationally uniform, giving priority to new areas and expanding state investment, then reaching a higher GDP goal than anticipated is not an unrealistic target.

In 2022, China’s economy faces new downward pressures. First of all, as the post-covid economic resurgence in the west offsets, coupled with rising inflation and an end to government stimulus policies, growth will be naturally slower and exports will decrease. Secondly, the continuing issue of real estate deleveraging will continue to be a problem. Although many western commentators have also barked at its zero-covid policy as being a threat to growth, this is overstated as its efficiency is underestimated and there is no evidence the country has succumbed to omicron, with the Xi’an lockdown having also been a success. It remains unclear however, when the policy will change.

Despite this, the Chinese state appears to be responding to these challenges through a looser fiscal policy which will increase the money supply. Assuming the international economic situation remains stable, this may allow growth to ultimately exceed expectations if intervention proves successful, and it appears many provincial governments are banking on this support in setting higher growth targets than expected. On this note, the state itself is also likely to set a national target of around 6% again, and it remains politically unlikely that in the midst of the current geopolitical environment that substantially lower growth will be tolerated. The mainstream media continually overstating the pessimism of China’s economic situation should also be taken into account.

Given this, one of the primary means of driving the country forwards and exceeding expectations will be focusing more on addressing regional disparities, as opposed to placing government capital in more established regions. For many decades, China’s primary development has been driven by the utilization of coastal provinces for both industry, exports and commerce. This has placed cities such as Shanghai, Shenzhen and Fujian on top. But as the growth targets note, the mantle is shifting to elsewhere. Hainan Island for one, setting a growth target of 9% (and 11% previously) is a result of the transformation of the region into a strategic free port, tourism and retail hub. Such a scheme has created potential for new industries and areas of growth on the island, of which did not exist previously.

In this case, keeping GDP growth sustained will be contingent on “reinventing” regions accordingly for new purposes, as well as facilitating their greater international integration with the surrounding region, particularly through the establishment of new infrastructure and trade opportunities. The state should continue to invest in building the Southwestern and Western provinces connections with Central and Southeast Asia, whilst a much-needed urgency should be given in connecting the Northeast to Russia and Mongolia. Successful growth will ultimately hinge on creative thinking, as opposed to throwing cash around without strategic thinking. If this is done well enough, 2022 may come with some surprises.

Tom Fowdya British political and international relations analyst and a graduate of Durham and Oxford universities
The US 'Indo Pacific' Framework Will Fail, Here's Why Shanghai's Pathway to Getting Back on Track Looming Western Recessions Reminds us That China is Still in A Better Position