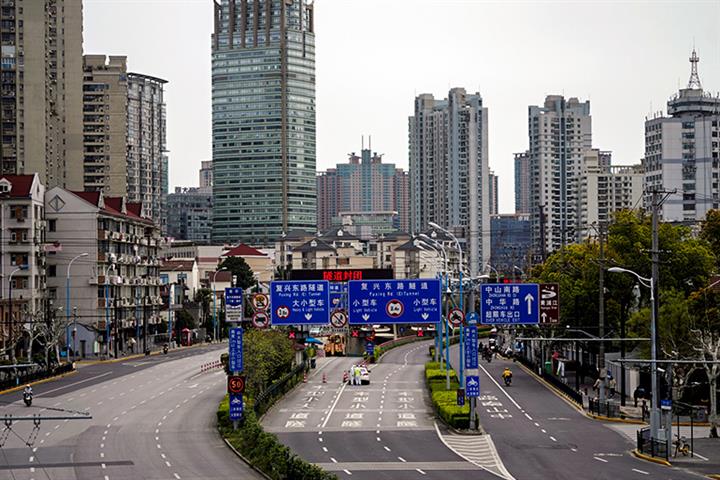 (Yicai Global) March 29 -- Shanghai entered a two-phase lockdown from Monday. The first phase will run from Monday to Friday, applying to the East of the city where its financial center at Luijiazui is located. The second will focus on the western half and will extend from Friday until April 5th. During each phase, all residents will have to get tested for covid-19 as part of the standard “all of population” testing procedure. The development is significant as Shanghai is the largest city by population in China, its leading financial hub, and also the largest export port in the entire world. However, whilst the media responds with the typical pessimism and negativity concerning China’s economic prospects, the manner of such a lockdown indicates the national approach to covid is in fact changing.

In the near term, China’s strategy against covid-19 will remain “zero-covid” in the traditional sense of the term. As emphasized, the country continues to view the way forwards through wholly scientific, as opposed to purely political terms as has been the norm in the west. It is seen and will continue to be seen as politically unacceptable to allow a whole scale loss of human life merely to let economic activity go uninterrupted. In the United States, the death toll last week from covid-19 officially passed 1 million, which is not a triumph but an unmitigated disaster and a failure of the government to fulfill its responsibilities in caring for and protecting its population. The World Health Organization (WHO) has also criticized the US and countries in Europe for removing all restrictions too quickly.

Given this, the message is clear that China is not and will not be going down the same route. There are a number of factors that need to change in the long term in order to facilitate greater openness. First, the proportion of elderly people in the country who are fully vaccinated is not yet sufficient, the group who will be the biggest losers from any mass outbreaks, with statistics showing that 52 million people aged over 60 are not yet vaccinated. In addition, at least 44% of this age group and up as a whole have also not received booster shots. Change cannot come until these bottlenecks are dealt with.

However, the so-called need to “live with covid” is also an increasingly pressing demand given the flow of the world. This is forcing China not to abandon its approach, but to instead renegotiate it in ways that continue to deliver the same outcomes but otherwise be less disruptive. This model was first seen in Shenzhen, China’s technological hub, whereby even though a lockdown was imposed carve-outs were nonetheless guaranteed in “bubbles” for the most critical enterprises, such as Apple and Foxconn in order to ensure no global supply chain disruption.

In conjunction with this, lockdowns are also becoming more localized and mass testing regimes are also becoming faster and more succinctly targeted. Shanghai, as a critical economic hub for China, is demonstrative of this. First of all, the lockdown is cut into two phases, meaning only half of the city’s economic activity will be minimized in the short-term and then secondly, the entire regime will aim to test the city’s 26 million population in just 8 days. This will ensure that there is no significant loss of jobs, income, or activity.

As per Shenzhen’s rule, the port of Shanghai is also fully functioning and not impacted in turn “continuing 24-hour operations”, so there will be no global collateral damage from this. As quoted on CNBC, economists “don’t expect lockdowns that last only a week or so to have a major impact on the national economy for the full year. Travel restrictions and stay-home measures affect consumer spending and services more than factory production since workers can often stay on-site at industrial parks”. This means that the short-term impact of this lockdown is likely to be negligent.

In conclusion, the mainstream media hysteria over the Shanghai lockdown is unfounded. Instead, attention should be paid to the nuances that the manner in which the situation is being dealt with shows flexible compromises in China’s zero-covid approach, which whilst it is here to stay for the short-term, nonetheless will not be the economic downer it is framed as with every covid doom prediction for China’s economy has fallen flat. The Chinese state finally will be prepared to offset any potential disruptions with monetary support. If there is one message coming from Shanghai, it is both to handle it well and to handle it quickly, and they will certainly do so.