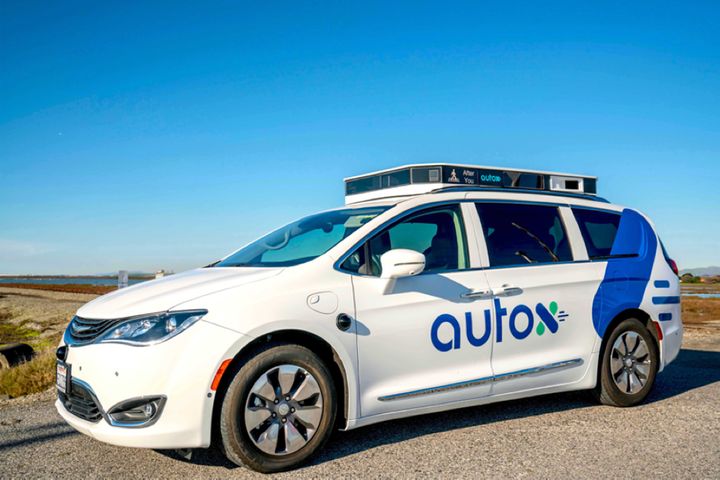 (Yicai Global) Jan. 20 -- Chinese autonomous driving startup AutoX has raised tens of millions of dollars in pre-B fundraising as it looks to start trialing its first vehicle in its home market.

Shenzhen Qianhai Hongzhao Fund Management led the round with support from other investors in the city and Chaoshan Capital, tech news outlet 36Kr reported today, citing a company statement.

The Shenzhen-headquartered firm plans to officially launch its RoboTaxi, made in tandem with European counterpart Fiat Chrysler Automobiles, through large-scale trials in Shanghai and Shenzhen this year, the company said.

AutoX is one of few companies in China to produce self-driving technology that can operate under complicated road conditions and began trialing its cars in Shenzhen in 2018. It has also put its tech in cars made by several other Chinese carmakers, including state-owned Dongfeng Motor, SAIC Motor, and Chery Automobile, and Great Wall Motor and BYD.

The firm began opening research labs in Shenzhen, Shanghai and Beijing last year and in December got the first autonomous driving permit issued in Shanghai since the city brought in new regulations governing self-driving vehicles. It plans to roll out at least 100 RoboTaxis in Shanghai for the trials.

Founded in 2016, AutoX has received funds from the likes of Capital Today, MediaTek and SAIC Motor, and secured tens of millions of dollars in A3 funding from Dongfeng Motor in April. It also plans to raise more cash in an upcoming B round, founder Xiao Jianxiong said.