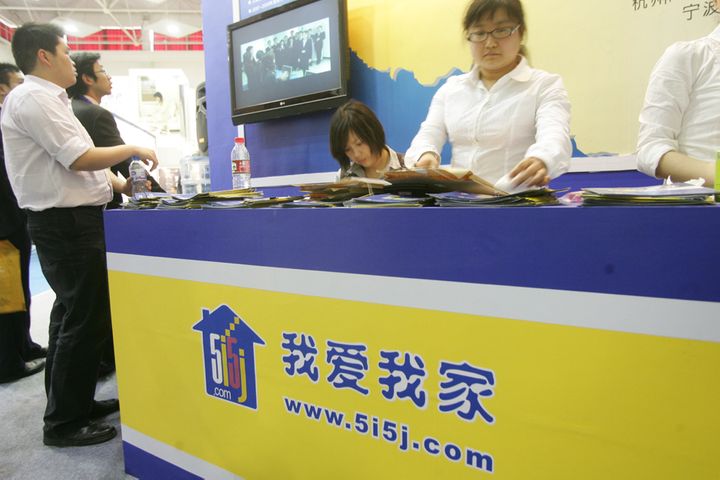 (Yicai Global) April 11 -- Shares in 5i5j Holding Group tumbled today after a tenant alleged that the Chinese letting agency illegally charged him commission for renewing his contract and changed the locks on his home.

The Kunming-based company's stock [SHE:000560] closed down more than 5.1 percent at CNY7.21 (USD1.07), after state-owned news agency Xinhua reported his story. The share price had also fallen more than 6 percent each of the two days prior.

5i5j tried to unlawfully charge him one month's rent as commission for renewing his lease, the tenant told Xinhua. He began renting the property for CNY12,000 (USD1,787) a month last April, when the agency charged the same amount as an upfront services fee -- normal in China's large cities. His monthly rent went up to CNY12,500 this year, as did the commission.

He also claimed that 5i5j changed the password to the property's digital lock without obtaining his permission, and told him that he must leave within one day if he did not pay the fee. The agency threatened call the police if he refused.

An executive at the firm defended its actions in an interview with Xinhua, saying the commission for a renewal is written into the original contract, which the tenant signed. The representative was able to point out where in the terms the clause was located.

But Zhou Zhaocheng, a lawyer at a Beijing-based law firm, says the terms of the agreement are iffy. A commission fee is paid for an agency to help tenants connect with landlords and sign rental contracts -- this does not happen in the process of a renewal, he told Xinhua, saying it is possible 5i5J's contracts are against the law and tenants should not have to pay.

It is extortion and infringes on tenants' rights if the agency takes action like cutting off water and electricity supplies or changing locks, Zhou added.

The practice of charging for renewals has already caught the attention of regulators in Beijing, and the capital is about to issue new rules to ban it, according to Xinhua.