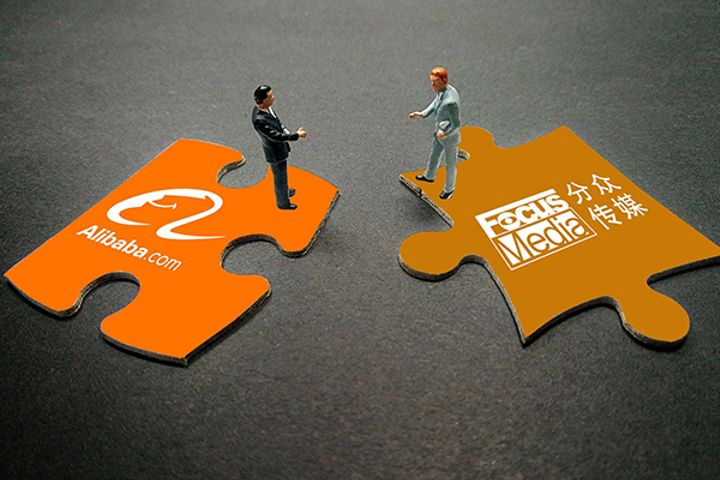 Under the agreement, Alibaba China Network Technology and its affiliates will work with Focus Media over the next three years, the latter said in a statement yesterday. The pair will set up a new online advertising placement system to make Focus's global network more valuable, it added.

Alibaba and its subsidiaries hold a 7.99 percent stake in Focus, which boosted profit by nearly 35 percent to CNY6 billion last year. It agreed last week to take on another 6.62 percent for CNY9.6 billion with an option to pick up another 5 percent within a year.

The pair will cooperate to use facial recognition and interactive screens in advertising for over the top television, which refers to content delivered via the internet rather than via satellite or cable services, but is yet to finalize details.