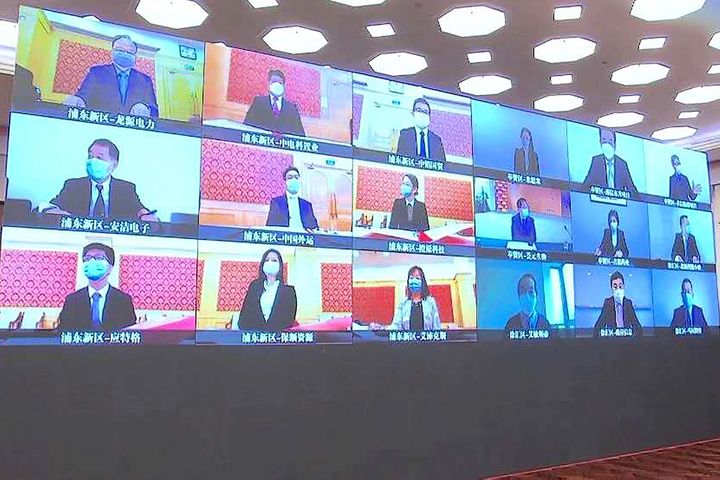 (Yicai Global) March 31 -- Chinese and foreign firms inked agreements on 152 major industrial projects in Shanghai today, worth a total of CNY441.8 billion (USD62.3 billion). The projects cover a wide range of fields, including integrated circuits, artificial intelligence, biomedicine and aerospace, according to the city government.

Several Chinese firms, including Tencent Holdings and SenseTime, also signed deals. Tencent will work with partners to build and operate an AI supercomputing center for the Yangtze River Delta region in suburban Shanghai. SenseTime will build a new generation of AI computing and enabling platform.