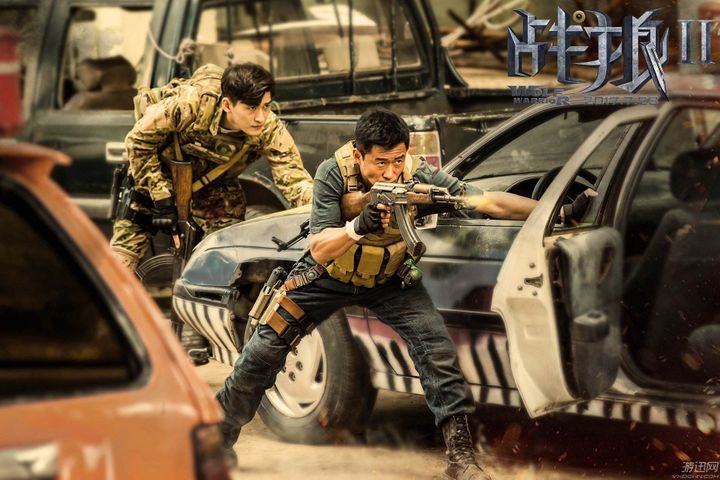 (Yicai Global) Aug. 8 -- China's popular summer box office hit, Wolf Warrior 2, has been touted by audiences since its opening in cinemas across the country, raking in more than CNY3 billion (USD446 million) in 11 days. If it keeps up with this trend, the film will be the new box office champion in the history of Chinese films, industry insiders believe.

The film's single day box office has never fallen below CNY200 million, except its CNY100 million on its debut day. As of mid-day yesterday, it saw box-office takings of CNY3.1 billion, and is expected to beat the record of CNY3.3 billion pulled in by 'The Mermaid,' box office champion of Chinese films at present.

Wolf Warrior 2 is likely to break through the threshold of CNY4 billion this week and that CNY5 billion is within reach, industry insiders said. Some even predicted that the film is expected to hit CNY6 billion in box office revenues.