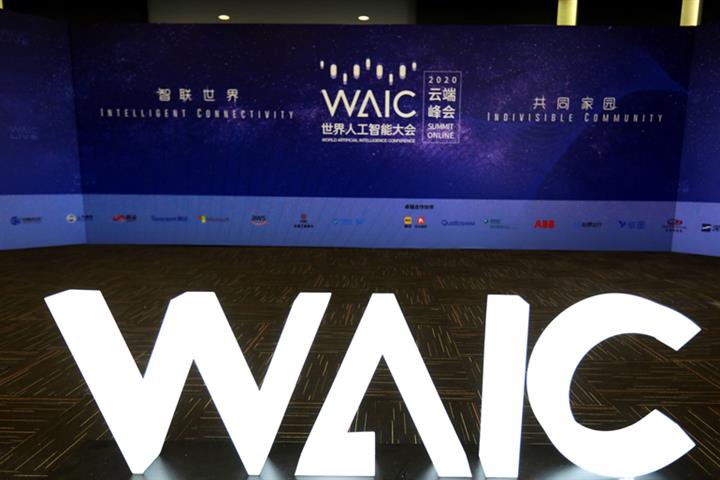 (Yicai Global) July 10 -- The principles China introduced last year for next-generation artificial intelligence governance have yielded results, but firms need to be more proactive in strengthening norms, especially regarding user privacy, according to the director of the national professional committee on next-generation AI governance.

The principles have attracted much public attention and more AI companies have released their own internal management policies based on them, Prof. Xue Lan said in a recent interview at the World Artificial Intelligence Conference in Shanghai. The code has also been much recognized by the international community, he added.

The committee, which operates under the auspices of the Ministry of Science and Technology, issued the principles last June, pledging to develop responsible AI in China. At that time, Xue said they were aimed at better coordinating the development and governance of the soar-away technology and to ensure that it is secure, controllable and reliable.

Xue told Yicai Global in his interview at the WAIC that Chinese AI companies have achieved good results in the application field but there are some problems. First, they should minimize access to user data, and second they should have stricter privacy protections for data that has already been acquired, he said.

In addition to government efforts through legislation and regulation, companies should actively scale back data collection and strengthen privacy protections so that their technologies and products get more user recognition, which will aid their better development, said Xue, who is also the dean of Schwarzman College at China’s Tsinghua University.

Gao Qiqi, dean of the Institute of Political Science at East China University of Political Science and Law, who is also member of the AI governance committee, said that this year is the second in a row that the WAIC has held the Artificial Intelligence Governance Forum, which is important to address the issues of privacy protection, security and expanded social inequity that may arise in the development of AI. These problems, if not fully addressed, will hinder AI’s development.

AI is still a new field and the international community has not come to a consensus on its governance, Gao told Yicai Global. The significance of this forum is to allow more scholars, companies, and private citizens to express their views on AI governance and participate in and promote the development of international standards.