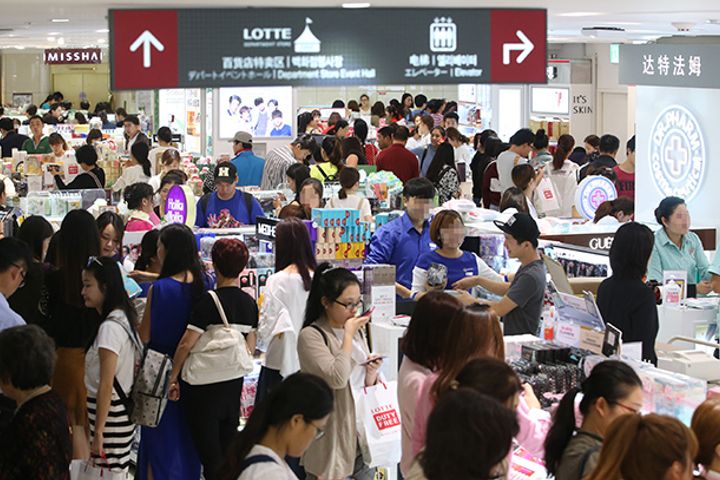 The data is based on the average spend of Chinese tourists for each month and the annual decline in tourist numbers. Last year, visitors from China spend approximately USD2059.5 per capita on average, considerably higher than other tourists who spent around USD1,265. The number of Chinese visitors was down an average of 366,000 each month during the first three quarters of this year, or down 3.294 million over the whole period.

Revenue from tourist shopping plummeted by KRW4.93 trillion, while the figure for accommodation, food and beverages, and transport dropped by KRW1.12 trillion, KRW830 billion and KRW30 billion (USD27 million), respectively. Some 98.2 percent of foreign visitors to South Korea visited its capital Seoul and Jeju Island last year, and these two regions bore the brunt of the slump.

The actual loss may actually be less due to the diversification of tourism revenue, the budget office said. Tourist numbers from Asia, excluding China, and the Americas were up, which to some extent covered the losses from the reduction in Chinese tourists.

China banned travel agencies from offering tour packages to South Korea after the US began to deploy its Terminal High Altitude Area Defense (THAAD) system in the country. As well as reducing tourism revenue, China's quarrel disrupted Korean companies operating within China, including Lotte Group and Hyundai Motor Co. [KRX:005380:LSE:HYUD], and resulted in a loss of income at local Chinese suppliers.