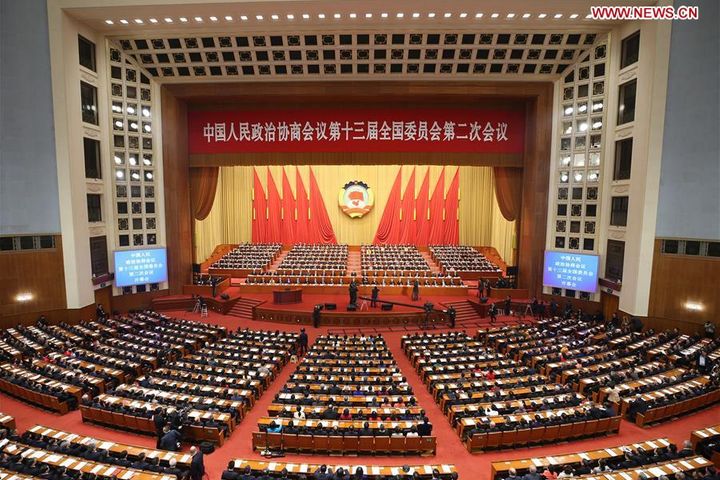 Xi Jinping and other Chinese leaders attended the opening meeting at the Great Hall of the People.

Wang commended the political advisory body's work last year, saying new advances have been made under the strong leadership of the Central Committee of the Communist Party of China with Comrade Xi Jinping at its core.

"We gave full play to the CPPCC's role as a body dedicated to consultation and carried out our dual responsibility of offering suggestions and building consensus," Wang noted.

Over the past year, the Standing Committee of the CPPCC National Committee has focused on the central tasks of the Party and country and fulfilled its duties with commitment to pursuing unity and democracy.

Political advisors have conducted consultations with a focus on fighting the three critical battles against potential risk, poverty, and pollution, and on promoting high-quality development, according to Wang.