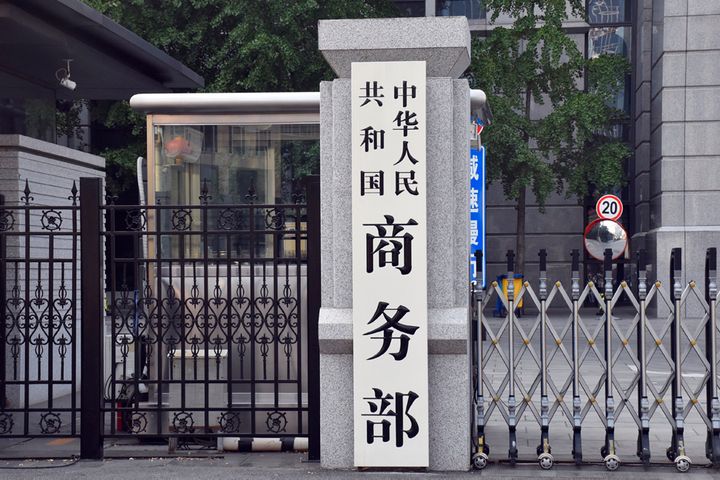 (Yicai Global) Oct. 9 -- The Ministry of Commerce (MOC) on Tuesday said China firmly opposes the United States adding 28 Chinese entities to its "Entity List" and urges the U.S. side to remove them from the list as soon as possible.

The Chinese side has noticed that the U.S. Department of Commerce has added 28 Chinese entities to its "Entity List," and will continue to follow the developments, a spokesperson with the MOC said.

For a long time, the United States has frequently imposed unilateral sanctions on Chinese entities according to its domestic law, and this time, under the guise of human rights, it imposed sanctions on 28 Chinese local government agencies and Chinese enterprises by adding them to the "Entity List." Meanwhile, it seized the opportunity to slander and defame China's governance policies in Xinjiang Uygur Autonomous Region, and grossly interfered in China's internal affairs, the spokesperson said.

"The Chinese side is strongly dissatisfied with and firmly opposed to that," the spokesperson noted.

The Xinjiang affairs are purely China's internal affairs, and are related to China's sovereignty, security and territorial integrity, the spokesperson said.

On Xinjiang-related issues, no one is in a better position to judge than the Chinese government and people, and no other country or external force is allowed to interfere, the spokesperson noted.

Facts have proven that a series of governance policies and measures adopted by China in Xinjiang have won the support of the people of all ethnic groups and have achieved remarkable results, according to the spokesperson.

Currently in Xinjiang, the economy has gained a sound momentum for development, the people of all ethnic groups live in harmony, the society is stable, and no terrorist attacks have happened in the past three years, according to the spokesperson.

"It is obvious to all," the spokesperson said.

The Chinese side strongly urges the United States to immediately stop making irresponsible remarks on Xinjiang, stop wrong actions of interfering in China's internal affairs, and remove relevant Chinese entities from the "Entity List" as soon as possible, said the spokesperson.

"The Chinese side will also take all necessary measures to resolutely safeguard its own interests," said the spokesperson.