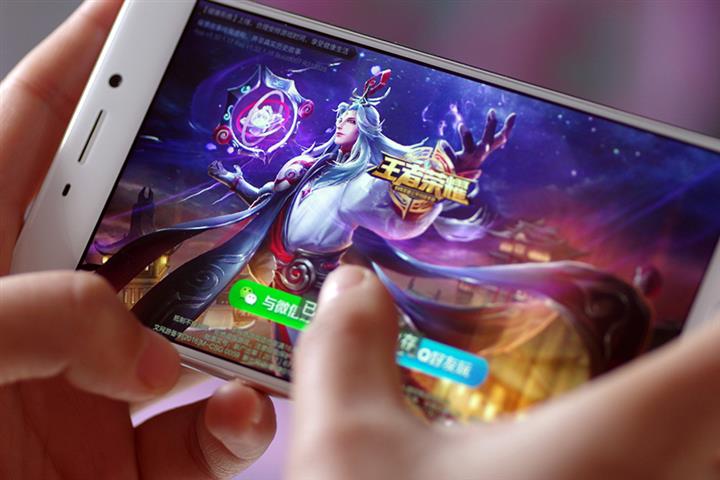 (Yicai Global) April 20 -- China’s gaming revenue surged 30 percent in the first quarter from a year earlier as a population under coronavirus lockdown turned to online entertainment for relief, a new report showed.

Revenue stood at CNY73.2 billion (USD10.3 billion) in the three months through March 31, according to the joint report China Audio-Video and Digital Publishing Association and global consultancy International Data released on April 17. Compared with the final quarter of last year, revenue jumped 25 percent in the first quarter of this year.

Income from mobile gaming rose 37.6 percent to CNY55.4 billion from the previous quarter, with its share of the total climbing to 75.6 percent. That from computer-based games fell 1.1 percent from the last quarter of 2019, the report said.

Chinese game developers own titles continue to become more competitive. Domestic market revenue rose 29.7 percent to CNY62.4 billion from the prior quarter, while overseas market revenue rose 31.2 percent to USD3.8 billion. The US, Japan and South Korea are the main income sources, accounting for 67.6 percent of total overseas revenue.

Against the backdrop of the Covid-19 outbreak, the best performers were products released by large companies. Ordinary games and titles from small- and medium-sized firms posted no big gains, a phenomenon increasingly apparent in market, the report said, adding that eight of the top 10 games for revenue came from the leading developers Tencent Holdings and NetEase. But the report gave no rankings.

While the lockdown helped to boost revenue growth, it also impacted the gaming sector. It led to research and develop coming to a standstill, an advertising falloff, and delays to offline e-sports events and exhibitions, the report said. Developers should explore innovation such as cloud games based on the fifth-generation mobile network and virtual reality and organize online e-sports events and exhibitions.