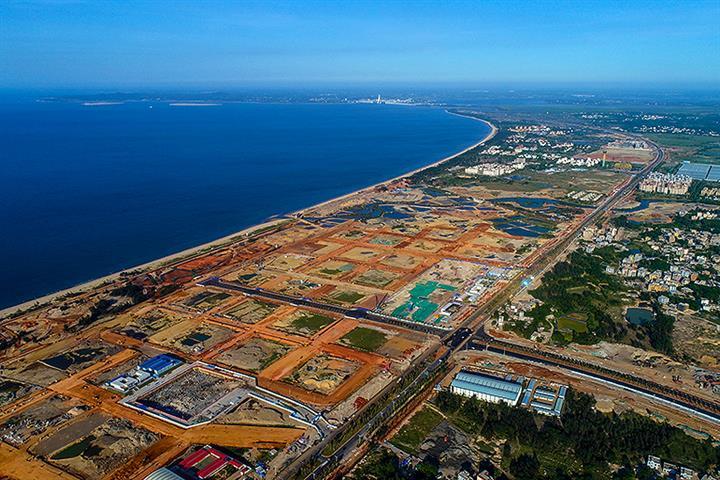 Some 1,200 global brands from 69 countries and regions have signed up for the gathering, with Switzerland serving as the guest country of honor.

More than 800 domestic brands from China's 31 provincial-level regions will also participate in the first expo.

Since last year, China has proposed a "dual circulation" development paradigm, a major strategy with the main goal of domestic and global consumption complementing each other.

Wang said the event is in line with China's implementation of the new paradigm, which is "not a closed domestic circulation but an open one that benefits from inside to outside."

From the year 2000 to 2019, China's GDP per capita made tenfold growth and exceeded the USD 10,000 benchmark, supported by growing buying power as the economy has been boosted not only by investment but also increasingly by consumption.

Under the lasting shadow of the pandemic, a strong domestic market becomes essential for the world's second-largest economy, which is also the only major economy to register positive growth in 2020 with a rate of 2.3 percent.

With the economy rebounding from the pandemic, private consumption is expected to emerge as a greater driver of China's economy in 2021 with the release of increased precautionary savings and recovery of the job market, according to a research report Morgan Stanley published last November.

The investment bank forecast China's real private consumption growth to jump to 12.4 percent year on year in 2021, playing a larger role in driving growth than exports and infrastructure investment.

"We expect the excess savings to be partly released in 2021, as consumer confidence likely improves on the back of a broader job market recovery and a more stable COVID-19 situation domestically," said Robin Xing, chief China economist of the bank, in the co-authored report.

In addition to the 18.3-percent year-on-year growth of China's economy in the first quarter of this year, China's retail sales of consumer goods, a major indicator of a country's consumption strength, increased by 33.9 percent year on year to CNY 10.5 trillion (about USD 1.6 trillion), in contrast to the decline seen in the first quarter of 2020, compared with the average first-quarter growth of 4.2 percent over the last two years, according to official data released last month.