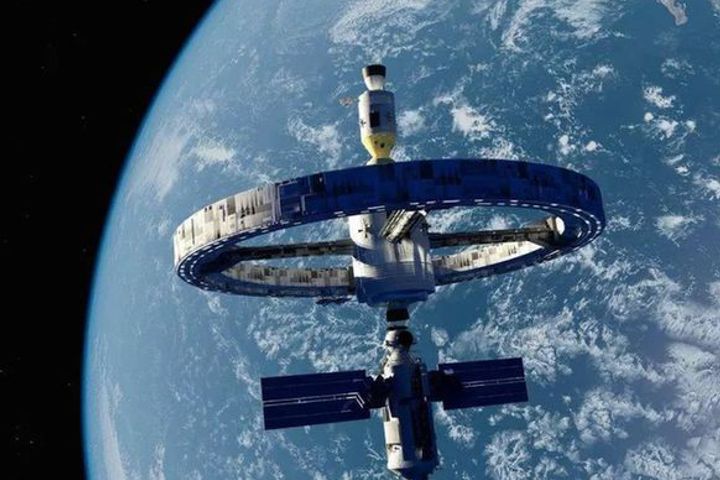 (Yicai Global) May 23 -- The China Academy of Space Technology has determined that its inflatable re-entry and descent technology, which plans to help spacecraft soft land on Mars, works in principle and procedure.

The academy has completed tests using an aircraft shaped like a flying saucer and surrounded by thick airbags, Science and Technology Daily reported. The airbags will help spacecraft decelerate, cushion their landing and allow them to float on water, reducing the need for ancillary equipment, the report added.

The United States had tested a similar technology to use when landing manned spacecraft or larger robots on Mars, but the results have been so far unsuccessful, said aerospace expert Pang Zhihao.

As Mars' atmosphere is thin, it can only provide limited resistance for spacecraft that need to decelerate before landing. The Curiosity Mars Rover, which landed on the Red Planet in 2012, is by far the heaviest craft to land on the planet to date at nearly a ton. But future manned craft could weigh in at over 20 tons, and currently deceleration technologies are not sufficient for vehicles that heavy.

The US National Aeronautics and Space Administration sought to combat the problem with low-density supersonic decelerator technology, which involves a supersonic inflatable decelerator and a large parachute. The decelerator quickly inflates when the lander is descending at around three and a half times the speed of sound, reducing its speed to about twice Mach 1 and making it safe to deploy the parachute.

Some experts believed the method could help humans send 10-ton landers to Mars, but three high-altitude NASA tests between 2014 to 2015 encountered issues with the parachutes.