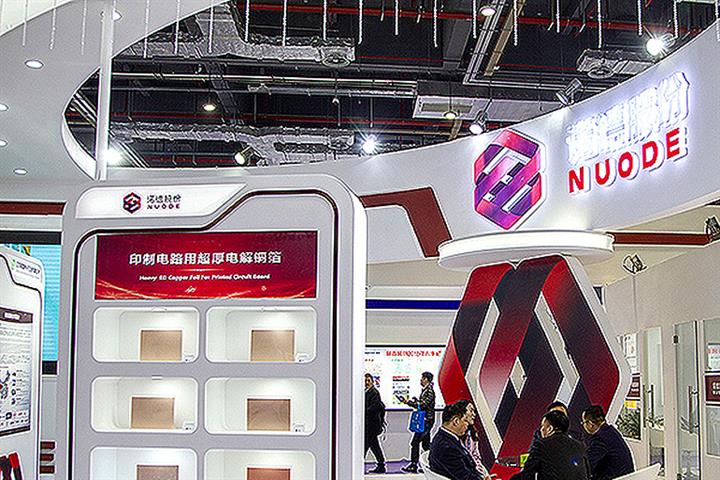 (Yicai Global) Feb. 28 -- Shares in Nuode Investment advanced as much as 6 percent today after the Chinese supplier of super-thin copper foil, a key material used in electric car batteries, said a subsidiary has secured a long-term supply contract with a major overseas auto manufacturer.

Huizhou United Copper Foil Electronic Material will deliver at least 6,930 tons of copper foil this year to the foreign carmaker, who was not named, and at least 1,515 tons a month from next January, Shenzhen-based Nuode said yesterday. No details of pricing were given.

Nuode, which counts Chinese battery giant Contemporary Amperex Technology and new energy vehicle maker BYD among its clients, is the only company in the world to have successfully developed 3.5-micrometer super-thin copper foil and is mass producing 4-micrometer copper foil.

Booming sales of NEVs have seen a corresponding surge in demand for battery raw materials. Nuode, which has an annual capacity of 43,000 tons of copper foil, has another 27,000 tons of capacity under construction that should come into operation later this year. It is also building a new plant in Huangshi, central Hubei province with a yearly output of 100,000 tons. The first phase of the new facility, with an output of 50,000 tons, will be completed by June next year.