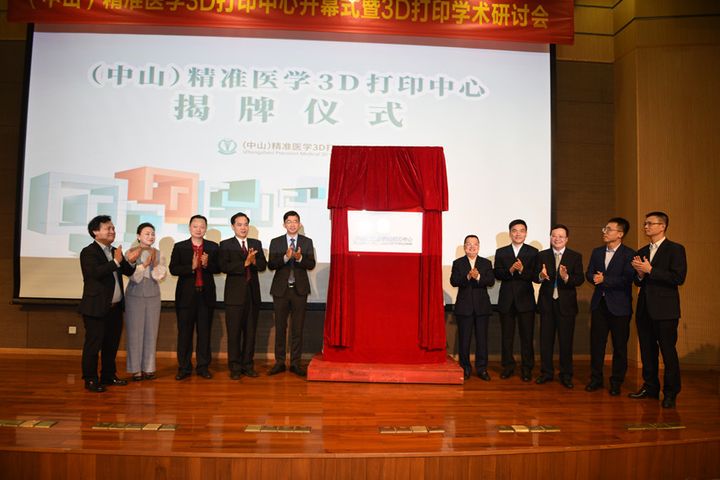 (Yicai Global) March 28 -- China has opened its first ever 3D bio-printing center for precision medicine at Zhongshan People's Hospital to enhance studies into such fields as regenerative medicine and human tissue engineering.

Medprin Regenerative Medical Technologies Co. set up the center, in Guangdong province, in partnership with the local hospital, official Communist Party news outlet Southern Daily reported. The facility is the first 3D printing base in the country to integrate clinical applications with scientific research.

Biological 3D printing can make a huge difference in clinical medicine, the hospital's director Yuan Yong said. Doctors can use the technology to create models of cancer patients' tumors, and then study the replicas before operating to minimize the impact on healthy tissue and organs surrounding the tumor.

It will also be beneficial for regenerative medicine, Yuan continued, saying that right now 3D bio-printing's most common application is to print bones. In the future, the tech could be used to create human tissue, which would be a major breakthrough for medical science, he added.

Zhongshan is looking to become a medical hub on the west banks of the Pearl River, Deputy Mayor Yuan Yongkang said at the facility's opening ceremony. The government will support industrial development through the introduction of talent and integration of medical resources, he said.