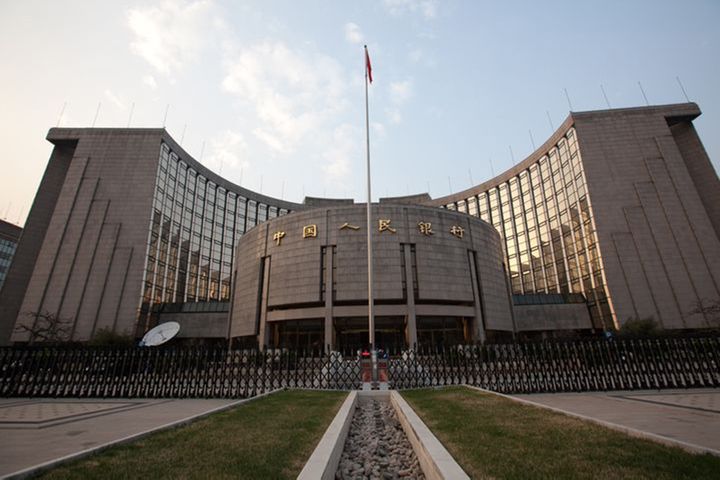 (Yicai Global) Nov. 12 -- China's regulators are likely to devote more efforts to counter-cyclical adjustments and further cut the reserve requirement ratio for lenders before the year is out after economic data missed market forecasts last month amid no significant easing of the downward pressure on the economy, financial experts told Yicai Global.

Last month, total social financing or aggregate financing to the real economy, the broadest measure of credit and liquidity, was less than a third of what it was in September, falling to CNY618.9 billion (USD88.3 billion) from CNY2.27 trillion (USD323.9 billion), the People's Bank of China said yesterday. That was also CNY118.5 billion less than a year earlier.

Meanwhile, banks extended CNY661.3 billion in new yuan loans, CNY1.03 trillion less than the previous month and CNY35.7 billion less than a year ago. The outstanding loan balance was CNY150.59 trillion at the end of October, gaining 12.4 percent, but 0.1 point lower than at the close of September, per the PBOC's data.

While it is not unusual for social financing and loans in October to come in below the previous month due to seasonal factors, the growth rate was slacker than expected, said Wang Qing, chief macro analyst at Dongfang Jincheng International Credit Evaluation.

The week-long National Day holiday early in the month impacted new loans, according to Lian Ping, chief economist at the Bank of Communications. So it is not surprising that there were fewer newly added loans than anticipated.

The yearly quota of special bonds issued by local governments has already been met, which contributed to the drop in financing in October, Lian said. Local authorities issued CNY20 billion less last month.

The PBOC is likely to lower the one-year LPR by five to 10 basis points on Nov. 20 and will probably lower the RRR before the end of the year, Wang said. The central bank already cut the medium-term lending facility rates by five basis points to 3.25 percent on Nov. 5.

The increase in social financing in October is basically the same as last year but it is still insufficient, said Ming Ming, chief analyst for fixed income at CITIC Securities. "It is worth paying attention to next year's quota of special bonds that the government will announce in the fourth quarter," he added.

M2 money supply in October maintained the same growth rate as September at 8.4 percent year on year, amounting to CNY194.56 trillion by the end of the month. M1, which includes most liquid forms of money such as cash and current bank deposits, was up 3.3 percent at CNY55.81 trillion year on year, 0.1 point behind September.