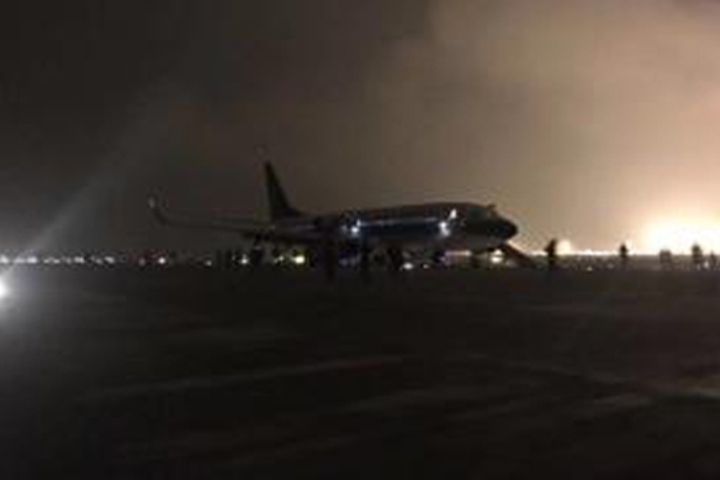 (Yicai Global) Nov. 14 -- The aircrew onboard China Southern Airlines [SHA:600029] flight CZ6406 from Nanjing to Guilin yesterday decided to divert the aircraft to Changsha airport in China's central Hunan province after a fire warning light was spotted in the cargo hold, the company said on its official Weibo account.

The aircraft landed safely in Changsha at 9:56 pm the same day and, in line with flight regulations, the staff onboard executed an emergency evacuation procedure to by organizing all passengers to exit via the inflatable slide.

There was a total of 151 passengers on the flight, of which one suffered a minor injury on his (or her) ankle during the evacuation.

No open fire was found in the initial inspection of the aircraft by the ground staff, but more investigations are being carried out to identify the specific cause. China Southern Airlines will send out another aircraft to take over this flight.

CZ6406 flights resumed using the replacement aircraft early this morning and landed at 2:20 am in Guilin, a prefecture-level city in China's southern Guangxi province.