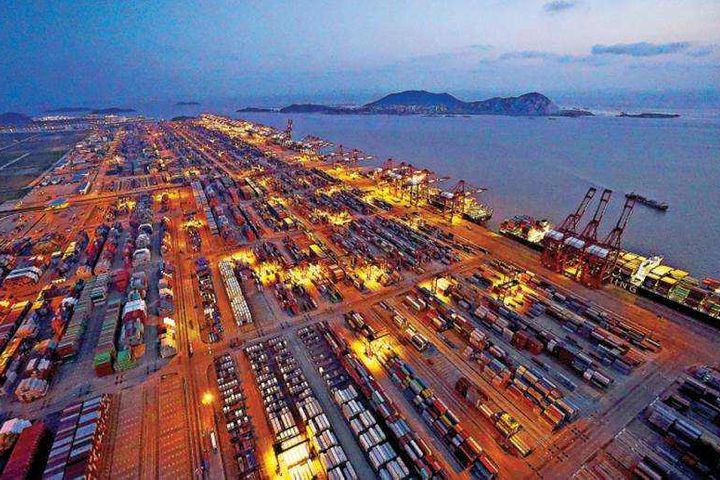 (Yicai Global) Oct. 30 -- Radical changes have happened to the Chinese economy and society during the 40 years since the start of the reform and opening up.  Located on the country's east coast, Zhejiang has been one of China's fastest-growing provinces.

With a relatively small land mass and mountainous areas, Zhejiang lacks resources and features a relatively weak economic base. However, the people of Zhejiang have worked miracles over the past 40 years since the reform and opening up started with substantial improvements in major indicators such as gross domestic product individual income.

In absolute terms, Zhejiang's GDP has grown 417 times over the past four decades with an average annual growth of 12.1% at comparable values. With an average annual growth rate of 10.9% which is 2.4 percentage points higher than national average during the same period, the per capita GDP of Zhejiang has expanded from CNY331 (USD47.3) in 1978 to CNY92,057 (USD13,215.3), one-and-a-half times the national average.

Despite their locations in the Yangtze river delta region, there has historically been a large gap between Zhejiang and neighboring province Jiangsu, home to ancient capital Nanjing.

In 1978, Zhejiang ranked 12th nationally in terms of GDP and 16th in terms of per capita GDP. At that time the economy was only half the size of Jiangsu, which ranked fifth.

In the era of the planned economy, Zhejiang, like nearby Fujian, was at the forefront of coastal defense efforts, with few heavy industries and large-scale projects, Ding Changfa associate professor at Xiamen University's department of economics, told Yicai Global. In addition, the abundance of mountains and lack of flat ground made the economic base of Zhejiang weaker.

However, Zhejiang possessed a profound culture, and its business atmosphere is the strongest in China, Ding added. These advantages emerged after the beginning of reform and opening up. Zhejiang is home to the country's most-developed private economy, the best county economy and the smallest poverty gap between urban and rural areas.

As of 2017, Zhejiang's GDP has ranked fourth nationally for 22 consecutive years. Per capita, the province's GDP ranks fifth, after Shanghai, Beijing, Tianjin and Jiangsu.

Zhejiang has been accelerating its transformation and upgrading of the private sector in recent years. Nearly a quarter of China's top 500 private enterprises are in Zhejiang, ranking first in the country for 19 consecutive years. They include world-renowned leading enterprises such as Alibaba Group, H3C Technologies, Hikvision Digital Technology, and Focused Photonics.

Many specialty local industries formed in Zhejiang since the reform and opening-up, especially in the 1990s. These including textiles in Shaoxing, leather in Haining, ties in Zhangzhou, small commodities of Yiwu, hardware of Yongkang, low-voltage electrical appliances of Yueqing, and socks of Zhuji.

The spatial distribution of these characteristic industries has shifted from the county-level to the cross-county and higher-levels.

Zhejiang commodity market has grown rapidly since the opening-up, as part of the province's efforts to transform into a digital economy in recent years. There were 1,051 commodity trading markets in Zhejiang in 1978, with a turnover of CNY860 million. This has increased to 3,824 as of last year with revenues of CNY2.15 trillion.

Zhejiang's new information economy has developed rapidly in recent years, and the digital and smart industries have emerged as new bright spots, Shuigen Hu, director of the Center for Public Service and Performance Evaluation at Zhejiang University, told Yicai Global.