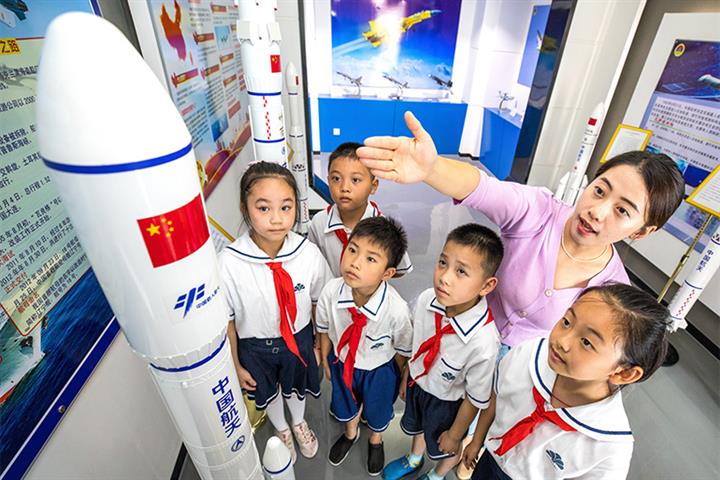 (Yicai Global) Jan. 28 -- China will carry out more space science exploration in the next five years, according to a white paper on the country's space activities released toay.

It says that China will continue with the research and development of programs such as the satellite for space gravitational wave detection, the Einstein probe satellite, and the advanced space-based solar observatory, among others, focusing on the subjects of the extreme universe, ripples in time and space, the panoramic view of the sun and the earth, and the search for habitable planets.

China will also make use of space experiment platforms such as the Tiangong space station, the Chang'e lunar probe series, and the Tianwen-1 Mars probe to conduct experiments and research on biology, life, medicine, and materials, to expand humanity's understanding of basic science, according to the white paper.

Focusing on scientific questions such as the origin and evolution of the universe, and the relationship between the solar system and humanity, China has launched multiple programs to explore space and conduct experiments, advanced research on basic theories, and incubated major research findings.

Led by its lunar exploration program, China has achieved significant advances in the comprehensive surveying of the moon's geology and subsurface structure.

In planetary exploration, China has built a deeper understanding of the geological evolution of Mars by conducting analysis of its surface structure and soil and the composition of its rocks, said the white paper.

With the help of the Shenzhou spacecraft series, the Tiangong-2 space laboratory, and the Shijian-10 satellite, China has achieved mammalian embryonic development in space and in-orbit verification of the world's first space cold atom clock, expanded the understanding of the mechanisms behind particle segregation in microgravity, pulverized coal combustion, and material preparation, and achieved research findings in space science of international standing.

China also made achievements in space physics with the help of Mozi, the world's first quantum communication satellite, according to the white paper.