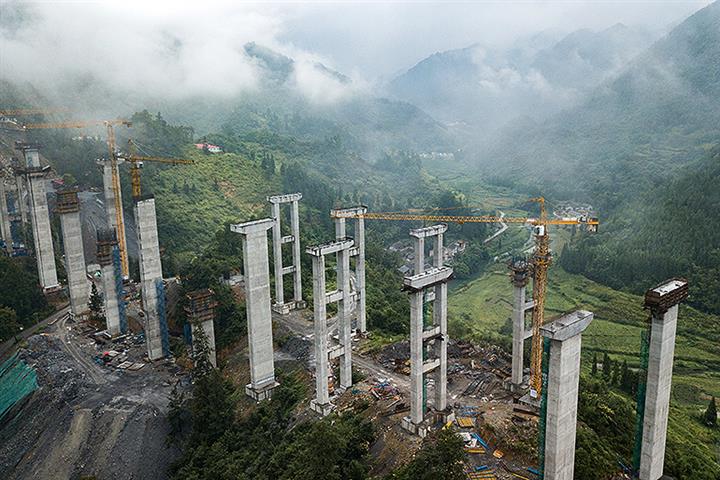 (Yicai Global) May 20 -- China plans to spend an additional CNY800 billion (USD113 billion) on transport infrastructure this year in order to help hedge against the impact of Covid-19 by stimulating employment and consumption, according to the nation’s Minister of Transport.

The transport ministry will help regional authorities set up new major programs in line with China’s 13th and 14th Five-Year Plans, the country’s national strategic aims for the years 2016 to 2025, Li added. The ministry has already created a new project library so the new schemes can get underway sooner.

Investment in roads and waterways this year will total around CNY1.8 trillion, Dai forecast, saying the ministry is intent on making major contributions in these areas.

Rail expenditure will likely rise to CNY815 billion, China Business Daily reported on April 28. The transport ministry said at the end of last year it would aim to spend over CNY800 billion on Chinese railroads again in 2020.