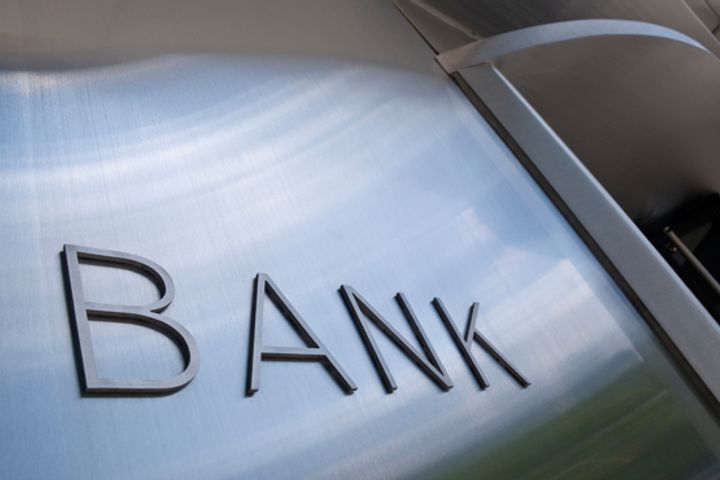 (Yicai Global) Sept. 4 -- Chinese banking institutions remain unconcerned regarding the possibility of a credit crunch in the country according to recent interviews by Yicai Global. The general consensus is that the central bank is unlikely to hike rates late this month.

The market believes that liquidity levels in the banking sector could be put to the test this month, given the upcoming regulatory macroprudential assessment, a spike in local government bond offerings and an expected rate hike by the US Federal Reserve in late September.

By and large, institutions remain very confident that the central bank will maintain stability in money supply, dispelling concerns about a credit squeeze this month.

"We do not need to worry about liquidity pressure in September," a bond trader at a joint-stock bank told Yicai Global. "The market is pretty confident currently that the central bank will stick to a moderately accommodative money supply, and this will not change over the near term. The central bank is expected to cut the required reserve ratio late this month or early next."

An upsurge in local government bond issuance is the main cause for worries of tightening liquidity. According to the CNY4 trillion (USD600 billion) bond offering plan and requirements of the finance ministry, almost CNY1 trillion worth of local government bonds will be issued this month, making a total volume of CNY2.6 trillion for July, August and September, and banks will pay for most of these bonds.

"Local government bond offerings will accelerate in September but the central bank will likely offset the increase via operations on the open market," Guo Yuwei, a macro analyst at CIB Research, told our reporter.

"There will be a spike in local government bond supplies this month, and the central bank is expected to inject more liquidity to withstand the impact," UBS Securities' Chief China Strategist Gao Ting said. "Furthermore, factory starts will reach a peak again in September and October, so fiscal lending will speed up toward the end of the third quarter, and the overall volume is expected to surpass the CNY400 billion level seen in September of the last couple of years."

Following the reinstatement of the countercyclical factors by the central bank for the yuan's central parity price formation, there are strong expectations of further RRR cuts later this year among market insiders. The People's Bank of China is expected to trim the ratio by 100 base points in total for the year, Nomura Securities Economist Chen Jiayao told Yicai Global, adding that the first cut will likely take place in the fourth quarter to ease liquidity pressure,

With regards to a possible US Fed hike of the reserve rate by another 25 base points on Sept. 27, Guo commented, "In terms of the interest spread between China and the United States, we should mainly look at market interest rate differences, rather than the policy rate spread.

"The three-month Shanghai Interbank Offered Rate (Shibor) has already hit a trough, making it less necessary for the central bank to raise the reverse repo rate to stabilize the China-US interest spread," he added.

"The median value of the three-month Shibor was as low as 2.88 percent last month, roughly tying the record for 2016," Guo continued. This means that the scope for a further decline in the rate is rather limited. From this perspective, the central bank does not need to hike the reverse repo rate again to stabilize interest spread."

On the other hand, liquidity pressure is relatively small and the central bank mentioned in a monetary policy report that it would unblock its monetary policy transmission mechanism, though the risk appetite has remained weak overall among banks and non-banking financial institutions alike.

"Bank lending has consistently increased against a noticeable fall in loans by mandate, trust loans and other 'non-standard' funding," said Yang Wenbin, a partner at Concord Assets and former chief investment officer of Ping An Group. "Most liquidity is still found in interest bonds, bonds offered by state-owned enterprises, infrastructure projects and local government financing platforms, whereas private enterprises are still confronted with a credit crunch and the high costs of financing."

"Funds have not bought many credit bonds of late, and as publicly-offered funds need to keep investments in any single problematic bond below 10 percent [of their total investment value], many institutions have been working on 'minesweeping," a bond fund analyst told our reporter.

Most institutions that Yicai Global interviewed believe that the recovery of risk appetite mainly depends on how much the acceleration in local government bond offerings stimulates infrastructure investment. Furthermore, as Yang pointed out, market participants should pay attention to monthly changes in the producer price and the consumer price indexes as they are indicative of corporate profitability -- a rise in the indexes means that corporate profits are going up, and vice versa.