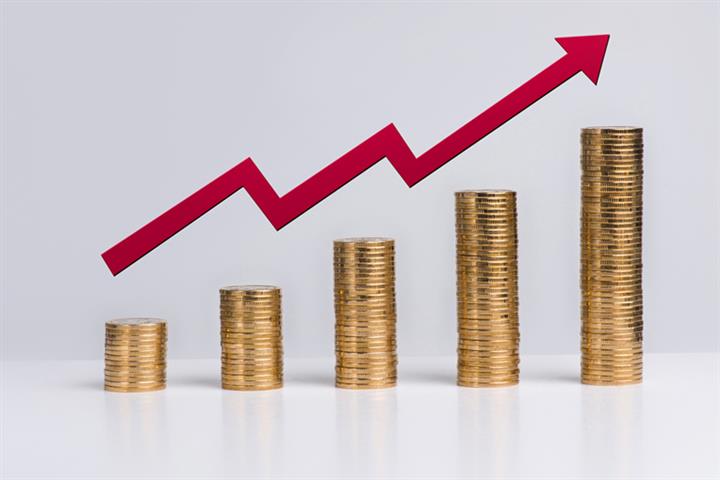 (Yicai Global) Nov. 20 -- Shares in Dada Nexus, an on-demand retail and delivery platform backed by e-commerce giant JD.com, advanced 5.3 percent yesterday on an 85.5 percent jump in third-quarter revenue, as had previously been forecast.

Revenue amounted to CNY1.3 billion (USD198.7 million) in the three months ended Sept. 30, according to the company’s latest earnings report released yesterday. The firm had earlier predicted revenue of between CNY1.28 billion and CNY1.34 billion for the period.

“We are pleased to report strong performance for the third quarter, with our business continuing to grow and our leading position further strengthening with market share expansion,” said Chief Executive Officer and Chairman Philip Kuai.

Dada sees no sign of business slowing and is forecasting revenue of between CNY2 billion and CNY2.1 billion in the fourth quarter, the report said.

However, the company has yet to turn a profit since it was set up in 2014. Its net loss narrowed slightly in the third quarter to CNY434 million from CNY475 million the same period last year.

The soaring revenue is mainly on the back of strong growth by the company’s two main platforms, Dada Now, which connects delivery staff on motorcycles with vendors in urban areas, and online grocer JD-Daojia or JDDJ.

JDDJ was the biggest on-demand retail platform in the supermarket sector with 24 percent market share in the first nine months, up from 21 percent last year, Kuai said.

Dada Now was also the country’s largest on-demand delivery platform with 24 percent market share in the first three quarters, up from 19 percent last year, he added.

"Our commitment to bring people everything on demand continues to win over consumers, especially in the lower-tier cities in China where we are expanding. We believe we have an exciting journey ahead as we execute our growth strategy,” Kuai said.

Dada Now's net revenue jumped 81.3 percent in the third quarter to CNY719 million (USD109 million), mainly driven by growing demand for its last-mile delivery service to logistics companies and intra-city delivery service to merchants. In the 12 months ended Sept. 30, it delivered one billion orders, up 57 percent year on year.

JDDJ’s revenue skyrocketed 91 percent to CNY582.5 million (USD88.6 million) between July and September on a 90.7 percent increase in gross merchandise volume. The platform’s GMV for the 12 months ended Sept. 30 doubled from the year before to CNY21.3 billion (USD3.2 billion). The ranks of its active consumers swelled 77.1 percent to 37.3 million.