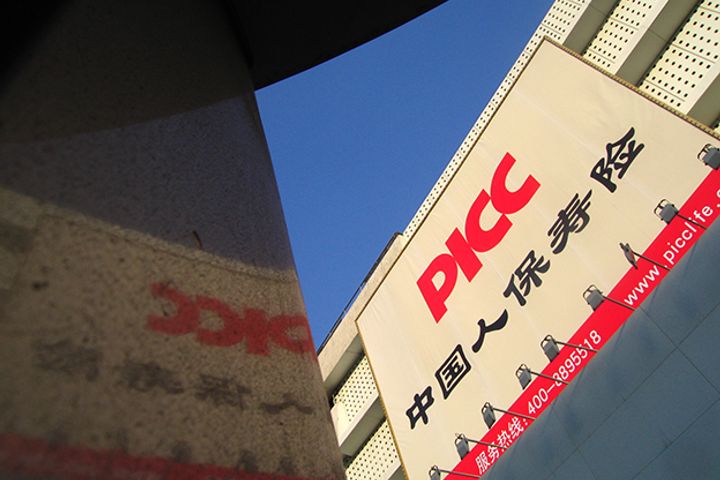 (Yicai Global) Oct. 23 -- People's Insurance Corp. of China, the country's biggest property insurer and better known as PICC, has slashed its first-time mainland listing by another fifth as the Chinese stock markets wilt in the face of potential forced share sales.

The Beijing-based firm will cap the issuance at 1.8 billion shares, it said in a filing to the Hong Kong Stock Exchange yesterday. At the end of last month, the China Securities Regulatory Commission greenlit the company to issue as many as 2.3 billion. The insurer had earlier indicated it would issue up to 4.6 billion shares.

China's stock markets have crumpled this year, with the Shanghai Composite Index sinking to 2,487.81 on Oct. 18, a new low since November 2014, and the Shenzhen Component Index meet a similar fate as it shrunk to 7,192.21 -- its lowest value since May 2014. The ChiNext index, which tracks Shenzhen's board for fast-growing small enterprises, also hit a five-year low.

All but 201 of China's 3,553 companies listed on the main boards of Shanghai and Shenzhen have pledged out shares in order to borrow cash, and the falling stock prices are pushing them past the tipping point that forces share liquidation. If that happens, the markets are expected to crash further -- and the company's top financial figureheads, including central bank head Yi Gang and cabinet Vice Premier Liu He, recently spoke out in an effort to reassure investors that the associated risks were under control.