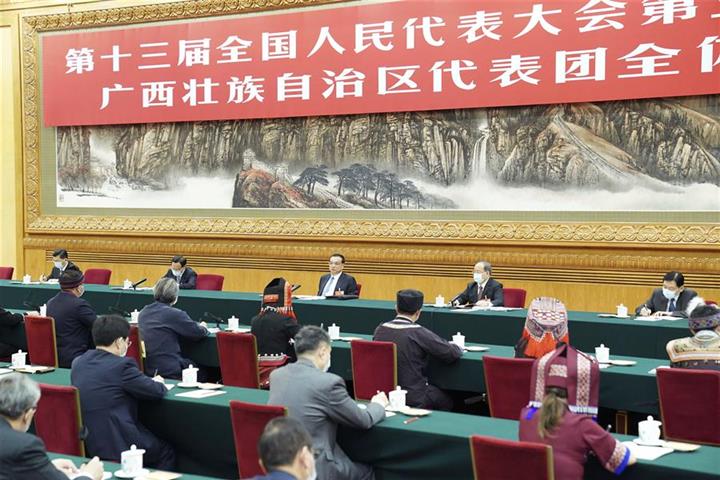 (Yicai Global) May 24 -- Chinese Premier Li Keqiang yesterday stressed striving to achieve this year's main targets for economic and social development, though the country is facing difficulties and challenges like never before.

Li, also a member of the Standing Committee of the Political Bureau of the Communist Party of China Central Committee, made the remarks while taking part in deliberations of the government work report with fellow deputies from Guangxi Zhuang Autonomous Region to the 13th National People's Congress during its ongoing annual session.

He said the deficit increase this year and the special government bonds for the COVID-19 control must be transferred in full to governments at city and county levels, in order to support efforts in stabilizing employment and ensuring people's livelihood.

The premier also called for support for micro, small, and medium-sized businesses as well as self-employed individuals to help them get through this challenging time.

Noting that the COVID-19 epidemic has caused a relatively big impact on people's life, Li urged efforts to provide for the basic needs of the poor and the unemployed populations.