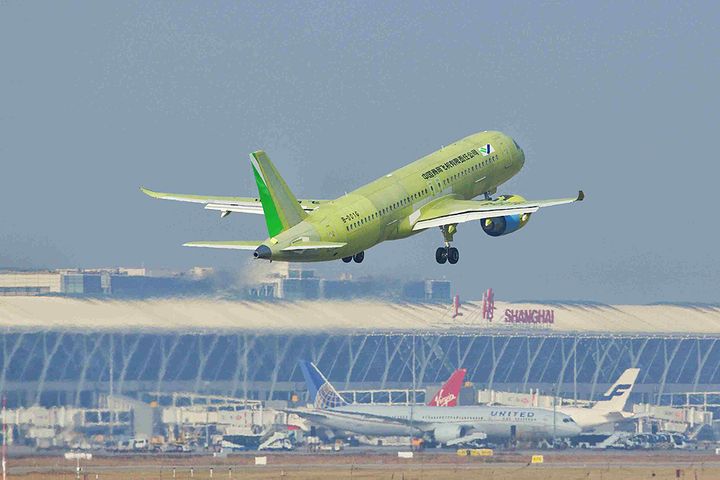 All six C919 aircraft have finished in-air testing by now. The 106 aircraft, the sixth test model, mainly checked cabin, lighting and external noise systems today, per the plan. Three C919 aircraft have made test flights this year and the total assembly cycle of a single aircraft has steadily shortened.

The company is progressing in various production work for the airplane. It has begun manufacturing the first batch of its components for delivery and is placing orders for systems and structures.

C919 is a civil jet aircraft model that China independently developed and to which it has full and independent proprietary rights. The plane, whose flight range is 4,075 to 5,555 kilometers, has 158 to 168 seats. It successfully flew for the first time on May 5, 2017. The development of C919 started in 2008. The two-engine bird is the first Chinese trunk aircraft meeting the latest international airworthiness standards. COMAC expects to deliver the first commercial C919 in 2021 and had already received 815 orders by February of last year.