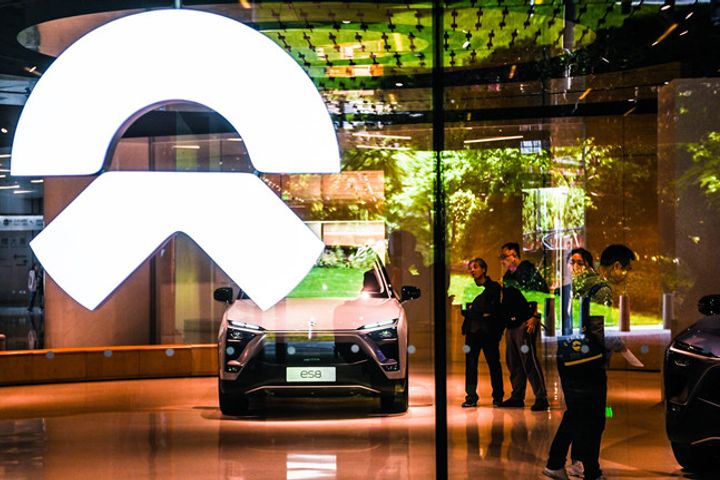 (Yicai Global) March 19 -- Chinese electric vehicle maker Nio expects its deliveries and revenues to fall far short of expectations in the first quarter under the impact of the coronavirus pandemic, even by as much as about 60 percent, according to the annual report the company released yesterday.

Its shares [NYSE:NIO] toppled 16.21 percent to close at USD2.43 yesterday on this dire forecast.

The pestilence will depress Nio's vehicle deliveries to between 3,400 and 3,600 in an almost 60 percent drop from the fourth quarter and a decrease of almost 10 percent to nearly 15 percent from last year's first quarter.

"We started 2020 in a challenging environment due to the Covid-19 outbreak," said William Li, the EV producer's founder, chairman and chief executive. The company's delivery volume shrank by around 13 percent per year to 707 vehicles last month, he noted.

On the up side, Nio's revenues for all of last year were CNY7.82 billion in a 58 percent jump from the previous year, per the report. Its losses narrowed to CNY11.4 billion last year from CNY23.3 billion in 2018.

Its fourth-quarter revenues were CNY2.84 billion in a 17.1 percent drop from the same quarter the year before.

"As a leading premium smart EV brand from China, we [were] proudly serving over 34,218 Nio users across 296 cities in China as of the end of February 2020. Our ES6 ranked number one in electric [sport utility vehicle] sales in China for the fifth consecutive month since October 2019," Li added.

Nio has raised funds several times within two months since the dawn of the year, thereby netting an aggregate USD435 million in convertible debt financing. These investors are non-affiliated financial investors and Asian funds. It has raised more than CNY10 billion thus far, the company said in a statement when signing a framework agreement with the city of Hefei, the capital of China's eastern Anhui province, to relocate its China headquarters there.