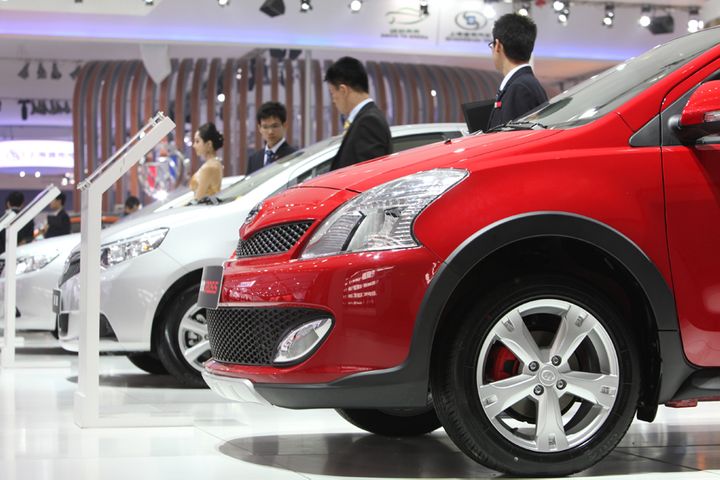 (Yicai Global) April 12 -- China's auto market, the world's largest, contracted slower last month than in February thanks to nation's opening up of its financial market, according to the China Association of Automobile Manufacturers.

Sales of passenger cars and commercial vehicles soared 70.1 percent on the month but fell 5.2 percent annually to 2.5 million, a sharp change from the 13.8 percent plummet in February, data published by the industry group today showed. Production leaped 81.5 percent from the past month but fell 2.7 percent on the year to 2.56 million, compared with February's 16.9 percent slide.

February's figures were particularly low because of the week-long Chinese New Year holiday, which ran from Feb. 4 through Feb. 10 this year.

China's improve financial environment and the expected increase in infrastructure investment have been conducive to the development of the auto market, said Cui Dongshu, secretary-general of the China Passenger Car Association. The value-added tax reduction implemented April 1 will also lead to increase sales, several high-end brands -- like Mercedes-Benz, BMW, Volvo and Lincoln -- lowered prices early in anticipation of the cut, he added.

Passenger car sales made up four fifths of the March total at 2 million units, a 65.6 percent surge on the month but a 6.9 percent annual decline. Production was up 83.3 percent from February but down 5 percent on the year.

Exports also rose annually as carmakers exported 90,000 cars in March, up 0.4 percent on the year and 57.7 percent from the month prior. The exports included 56,000 passenger cars and 34,000 commercial cars, with work vehicles surging 50.7 percent from the same period a year earlier.