Dongfeng Motor Units Are First to Get Back to Making Cars in Virus-Hit Wuhan
Dou Shicong
DATE:  Mar 10 2020
/ SOURCE:  yicai 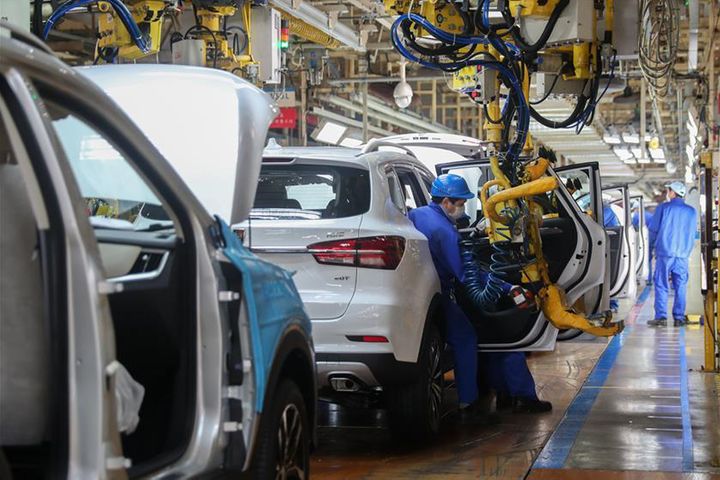 (Yicai Global) March 10 -- Authorities in Wuhan, the Chinese city at the heart of the Covid-19 epidemic and a hub of China's auto industry, have given the go-ahead for the first carmakers to resume production after a stoppage of over a month as the contagion is brought under control.

Dongfeng Honda Automobile, the joint venture of Dongfeng Motor and Japan's Honda Motor, and its suppliers gained approval yesterday from the command headquarters spearheading efforts to prevent and control the outbreak, The Economic Observer reported today, citing a document. An insider at the JV confirmed the document's authenticity.

Passenger Vehicle, a wholly owned unit of Dongfeng Motor, also won permission to resume work. It will reopen on March 12, with the schedule still in preparation, an insider told The Economic Observer.

Wuhan, the capital of central Hubei province, is a center for automakers and well-known auto parts manufacturers, including Bosch, Webasto, Visteon, and Valeo. China's car manufacturing is expected to recover fully as assembly lines in Wuhan gradually resume output.

Several other JVs under Dongfeng Motor, including Dongfeng Peugeot Citroen, Dongfeng Renault and Dongfeng Nissan, have not yet received notice permitting them to get back to business. Shanghai-based JV SAIC General Motors, which has its plant in Wuhan, said that it is waiting for further confirmation.

China's passenger vehicle production slumped 80.6 percent to 215,248 last month from a year earlier, while sales fell 78.5 percent to 252,308, according to data released by the China Passenger Car Association yesterday.

The industry group expects the country's vehicle market, the world's largest, to get back to normal levels in May, with full-year sales expected to drop 8 percent.