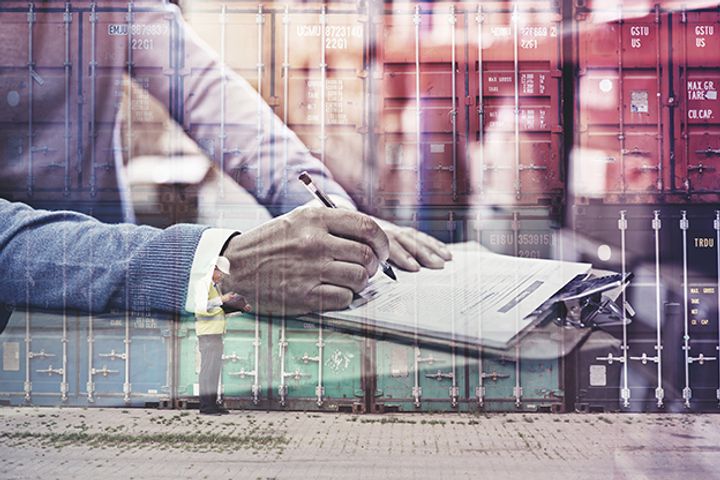 (Yicai Global) June 6 -- The worth of China's service exports have grown more than that of the imports in the first four months this year, while emerging service exports in the fields such as e-commerce and intellectual property rights took the lead with high value-added products. Trade in services refers to selling intangible products such as transportation, tourism, telecommunications, advertising, and computing.

The total volume of China's service imports and exports rose 12 percent to 1.67 trillion yuan (USD260 billion), the country's commerce ministry said in a statement. In this number, the country's emerging service exports rose 23 percent to make up 288.6 billion of the overall CNY552.6 billion worth of exported goods. Service imports grew at a slower 11-percent rate to CNY1.1 trillion, while the trade deficit reduced to CNY560.1 billion.

Exports grew more than imports, which indicates that the structure of China's service trade is constantly optimizing, said Zhao Ping, a director at the China Council for the Promotion of International Trade, adding that new services trade which includes insurance, finance, intellectual property rights, and advertising, prove to add higher value than the formerly larger, traditional service fields of tourism, medical care, and education.

One example in the emerging services sector has been proving particular strength since last year. The field of intellectual property rights exports drove the growth by increasing 315 percents since the year before, while imports in the sector rose more modestly at a 21-percent rate, data from the China Association of Trade in Services suggests.

China has been improving its service sector by easing regulation and opening up the fields of finance, education, culture and medical care. Ten provinces and cities including Tianjin, Shanghai, Hainan and Shenzhen, as well as five new economic zones were chosen in 2016 as pilot areas for service trade innovation. The country also set up its first service exports fund last year to encourage its service-providing firms to test foreign markets.