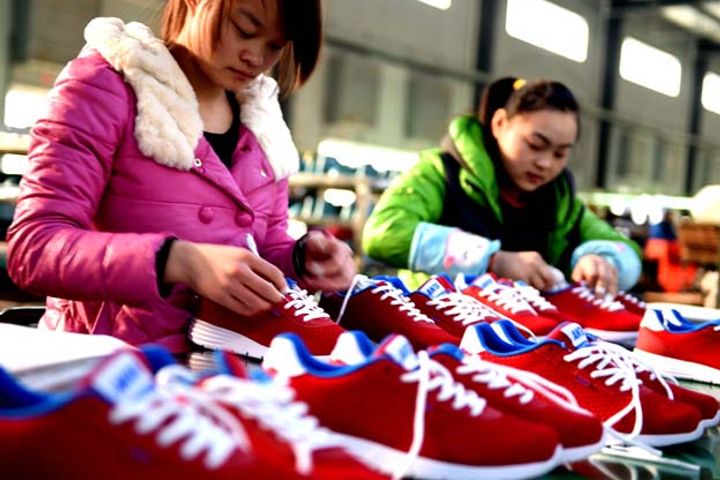 (Yicai Global) Feb. 13 -- Countries in the European Union sent the bloc's executive branch 40 percent fewer alerts last year about unsafe and defective footwear imported from China. But China remains the country with the most notifications related to such products.

The European Commission received 20 reports on China-made footwear via the Rapid Exchange of Information System, a fast-warning procedure for unsafe consumer goods also known as Rapex, down from 13 in 2017, according to an article published on Chinese news website Comnews.

The EU is one of the largest markets for China-made shoes and has the highest demands on restricted substances and the strictest standards. But it still attracts Chinese manufacturers. Products from the country were cited mainly for the shoes' chemical and choking hazards. Importers and dealers of sub-standard products face delisting, or their shoes could be recalled or banned from the EU altogether. Last year, there were 11 bans, seven delists and five product recalls.

Analysts urge exporters to study the relevant laws and regulations, strengthen quality assurance and collect information on Rapex reports to improve the quality of exports, reduce trade risks and maintain a positive image of Chinese footwear.

Of the notices submitted last year nine were from Spain, three from Hungary, two from France, and one each from Germany, Finland and Norway. Six countries reported on China last year, with Norway being the new one.

In 2018, the EC had three more reports on shoes for infants and children from China than in the previous year, accounting for 35 percent of the total. Reports on industrial footwear fell by 15. Reports on women's shoes fell to two, the least in eight years, continuing a year-by-year decline with the exception of 2013. Two reports on sports shoes were submitted after three years of none.

Six reports pertained to hexavalent chromium exceeding the limit, five reports were for choking hazards caused by small parts that can easily detach, and four reports were on injury risks associated with bumping and non-conformity with the EU's directive on personal protective equipment and the European Standards EN ISO 20345.

Several other alerts cited the use of prohibited chemicals that can cause environmental pollution and didn't conform to the EU's regulation on registration, evaluation, authorization and restriction of chemicals.