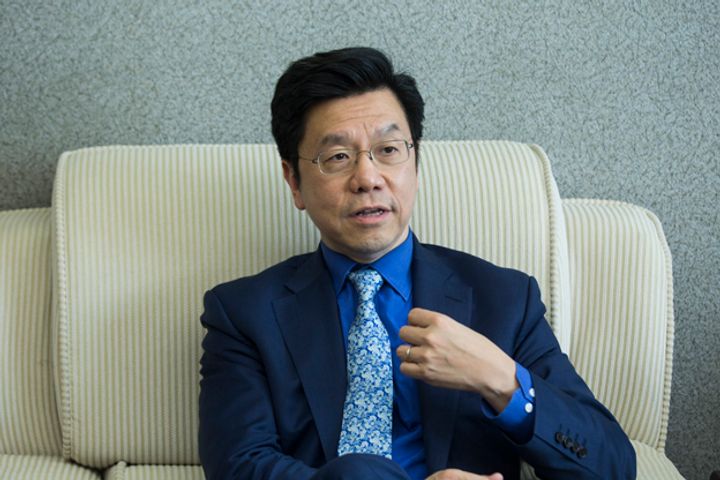 (Yicai Global) Feb. 9 -- Former Google and Microsoft vice-president Kai-fu Lee has been named president of a newly opened research institute in Beijing, which aims to transform China's capital into a hub for talent in the field of artificial intelligence.

Sinovation Ventures, a venture capital investment platform founded by Lee, will manage one of the centers, while Sense Time Co., an in-depth machine-learning company, and Powervision Tech Inc., an unmanned aerial vehicle maker, will take the reins at the other two.

"AI is not just a paper-writing game", Kai-fu Lee said, adding that the research institute will push ahead with practical applications and patenting of AI technology.

Prior to setting up Sinovation Ventures, Lee, a Ph.D. holder from Carnegie Mellon University in Computer Science, assisted Microsoft and Google in roles as global vice president as they explored opportunities in the Chinese market.

Beijing is fast becoming a hub for China's AI activity, home to almost 400 AI companies as of the end of September last year, which is more than any other city in the country. The number of AI projects in Beijing to receive investment in the first nine months of last year reached 51. The overall investment value was CNY10.24 billion (USD1.62 billion), accounting for 50.9 percent of the national total in the sector.

Interest in the city's AI industry has intensified in recent months, with Google Cloud announcing plans to set up an AI center in Beijing, which will be headed up by Li Feifei, Google Chief Scientist and Director of Stanford University AI Laboratory.