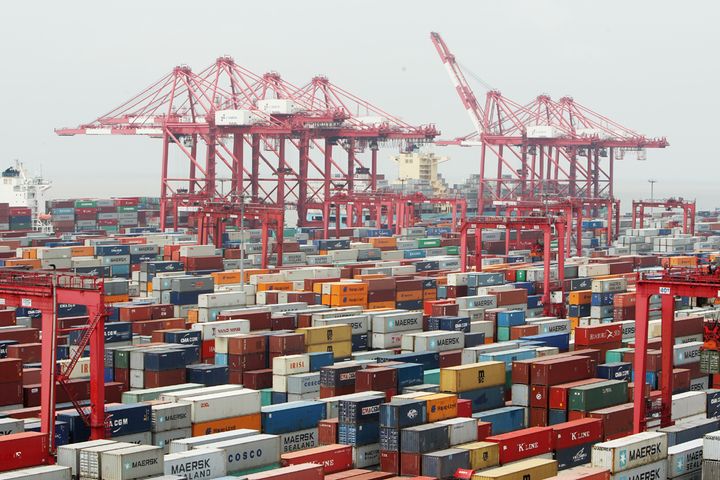 (Yicai Global) July 21 -- Imports and exports of China (Shanghai) Pilot Free-Trade Zone (FTZ) accounted for more than 40 percent of Shanghai's total foreign trade volume in the first half of this year. Shanghai Customs is preparing a regulatory scheme for the free trade port and its reform will facilitate Shanghai's imports and exports, said Zheng Jugang, deputy head of Shanghai Customs.

Shanghai Customs yesterday released Shanghai's foreign trade figures for the first half of 2017. The city's total imports and exports amounted to CNY1.6 trillion (USD237 billion) in the first six months of 2017, accounting for 11.8 percent of China's total foreign trade value, ranking third among all provinces and municipalities, only behind Guangdong and Jiangsu.

Transformation upgrade and higher costs faced by the manufacturing industry in Shanghai were the main factors behind the latest figures, Zheng said.

With the FTZ, the technology innovation center and the collection and distribution center for imported consumer goods delivering results, Shanghai's new competitive edges are in the making, while traditional ones are weakening significantly. During structural transformation, labor-intensive industries will shift to export-oriented industries due to considerations into factor costs such as labor and land, which may result in temporary growth slowdown and decline in imports and exports.