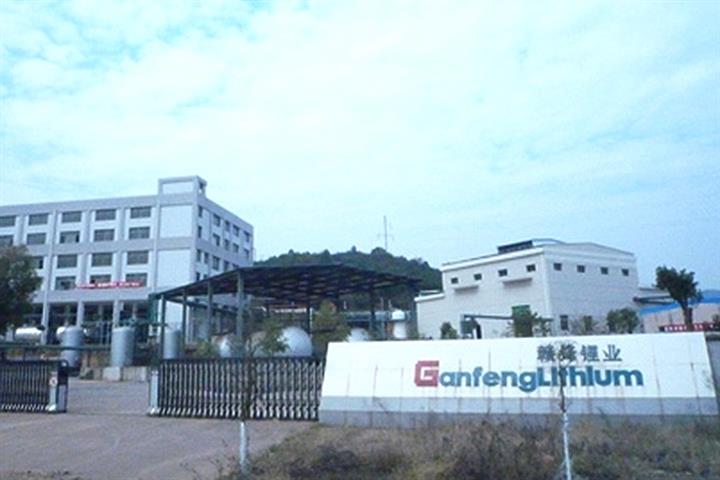 (Yicai Global) June 10 -- Ganfeng Lithium’s Shenzhen-listed shares jumped after the company, one of China’s biggest lithium producers, set out plans to build a lithium salt plant in the country’s east with an annual output capacity of 50,000 tons.

Ganfeng signed a joint venture deal with a local government in Jiangxi, a province rich in lithium resources, on June 8 to use spodumene mineral products as the raw material, it added. The two-phase project will first build a lithium hydroxide production line with an annual capacity of 25,000 tons, supporting facilities and staff living quarters. No other details were given.

Ganfeng can produce 40,500 tons of lithium carbonate and 81,000 tons of lithium hydroxide a year based on existing lithium salt production capacity, company executives told investors at the Shenzhen Stock Exchange at the end of last month.

In addition, the company plans to expand its lithium carbonate production capacity by 40,000 tons a year at its Cauchari-Olaroz lithium plant in Argentina.