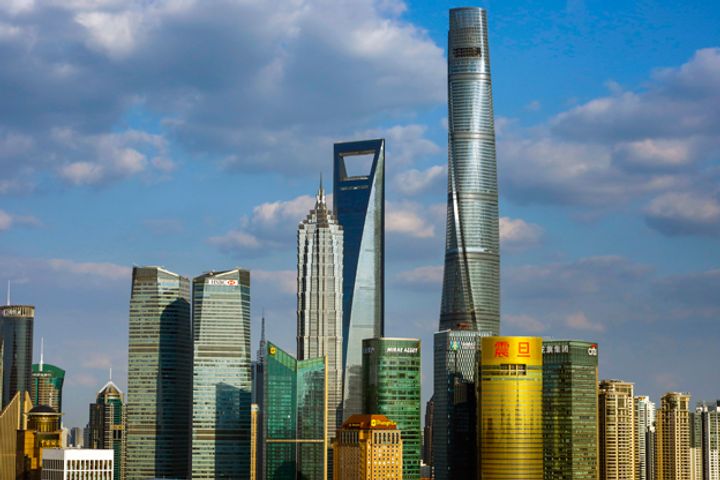 (Yicai Global) Dec. 10 -- The Global Asset Management Association of Lujiazui was set up in the middle of last month, according to the district's financial affairs website Ljzfin.com.

The world's largest asset management firm, Boston, Massachusetts-based State Street and New York-based global hedge fund Two Sigma signed the deal to settle in the Lujiazui Financial City -- the former Lujiazui Finance and Trade Zone -- along with 10 others of their ilk.

Some 41 international renowned financial institutions have thus far set up 56 kinds of asset management institutions in Lujiazui, which sits on a bend in Shanghai's Huangpu River across from the city's historic Bund area in Pudong New District. Nine among the top 10 firms measured by assets under management have also landed in 'Shanghai's Wall Street,' which is also home to its emblematic Oriental Pearl Tower.

Of the 15 wholly foreign-owned asset management companies which qualify as private equity fund managers in China, 13 have likewise set up shop in the financial complex.

Sixty sector giants in custody of total assets of over USD30 trillion, which makes up 40 percent of the global total, and 20 third-party professional service organizations gathered in the district on Feb. 6 this year to stage the debut of the Global Asset Management Association of Lujiazui. The group officially came into being on Nov. 12 after nine months' preparation.

The association has also drawn in 14 asset management firms and will provide a platform for mutual aid and communication and a resource allowing regulators to keep tabs on the market. The financial city will continue to lure outstanding institutional investors, fund custodians and distributors and third-party service providers in law and finance.
Editor: Ben Armour